More than 50 nature organisations, and well-known names including Steve Backshall, Chris Packham, and Stanley Johnson are supporting a new ‘State of Nature’ campaign launching today.[1] They are calling for the Prime Minister’s commitments to reverse nature’s decline by 2030 to be backed-up in law. This is vital to ensure promises to protect nature are actually delivered and that struggling species like hedgehogs, turtle doves, puffins, dolphins, bees, butterflies, newts, bats, rare orchids and cornflowers can thrive again.

In an open letter to the Prime Minister today the coalition has urged him to close the commitment gap between the UK’s action abroad and domestic action on nature’s decline. Despite the PM calling on world leaders, ahead of global climate and nature talks, to turn around wildlife’s decline by 2030, there is no commitment within the Government’s ‘landmark’ Environment Bill to do the same. In fact current targets in the Bill wouldn’t guarantee action for nature in England until almost 2038, nearly a decade later than the PM is asking others to commit to.[2] Experts are warning that the Environment Bill will fail to halt the decline of wildlife and the environment unless it includes a legally-binding nature recovery target.

Craig Bennett, chief executive of The Wildlife Trusts says: “In the last fifty years we’ve witnessed the gradual disappearance of wildlife in our country. Hedgehogs, cuckoos, red squirrels and turtle doves are now a rare sight – and birdsong is quieter every year. We know that around half of UK wildlife has decreased since 1970, with 1 in 7 species now at risk of extinction.

“Almost a decade ago the Government promised to reverse this decline and leave the environment in a better state, but action has been painfully slow. We need to see an ambitious target written into law – one that will provide the impetus for nature’s recovery by 2030. This is the only way of guaranteeing real action across Government to bring back abundance – humming, buzzing and singing – to the natural world.” 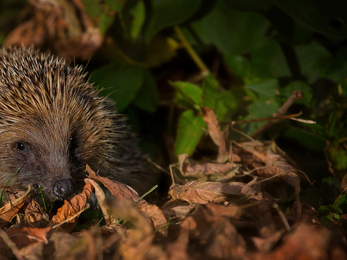 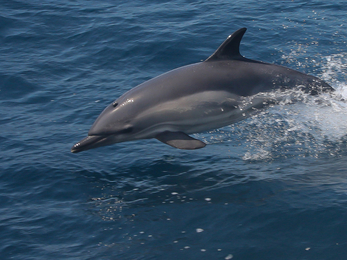 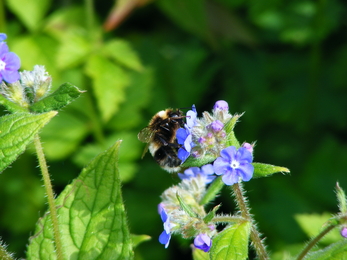 Beccy Speight, chief executive of the RSPB said: “The situation is incredibly urgent. Nature in the UK is in freefall – we are losing species and the habitat they need every year. We also know that a restored and healthy natural world underpins a resilient economy, something we need as we recover from a disease generated through our appalling treatment of the natural world. Actions not just words are now required.

“Ten years ago, a promise was made to ‘improve the natural world within a generation’ but the world has missed almost all its pledges. It’s clear that promises are simply not enough. The Environment Bill must commit us to tacking the nature crisis on our own doorstep, with stronger and binding legal targets to ensure we keep and deliver on our promises and a new Office for Environmental Protection with the teeth to help make sure that happens. In ten years’ time we have to be able to look back at this moment and know it was the point when we genuinely committed to revive our world.”

Dr Richard Benwell, CEO of Wildlife and Countryside Link, said: “Dr Richard Benwell, CEO, Wildlife and Countryside Link, said: “It’s been 20 years since world leaders first agreed a treaty to halt the destruction of nature. 20 years in which thousands of species have vanished from the Earth, millions of hectares of pristine habitats have been lost forever, and billions of people’s lives have been affected by nature’s destruction.

“What will make the next decade different? Governments need to back up their rhetoric with results, and that means strong laws, clear accountability and investment on a different scale. First and foremost, we need a powerful target to improve the state of nature in the Environment Bill to ensure the Government plays its part in protecting our natural world”.

Chris Packham CBE, TV presenter, photographer and naturalist, said: “Last year, the world spectacularly failed to meet any of our United Nations targets to protect nature. That was a disaster for wildlife, for the health of the planet, and for our own health and wellbeing.

“The ambition was laudable, but the reality was deplorable – and that comes down to inaction by individual countries. Now we have a chance to turn things round, with action to finally stop the destruction of wildlife by 2030. But the only way to guarantee the action our natural world needs is to put our promise to stop nature’s decline into law.”

Naturalist and explorer, Steve Backshall MBE, said: “Nature has become even more important to us all during the COVID crisis. Walks in parks and the countryside, hearing birdsong and the sound of the ocean have become a lifeline for our wellbeing. But we need to look after nature too.

“So many times we’ve heard politicians say they will protect our natural world and help it to recover, but time after time we’ve seen the destruction of nature continue. We need the Prime Minister to step up and put his promises to protect nature into law to guarantee that this time it is different, that this time we will turn the tide for wildlife by 2030 at the latest.”

Nature is in trouble in the UK. The most recent State of Nature report showed once again the poor health of our natural world, with 41% of our wildlife in long-term decline. One in four British mammal species face extinction , including the much-loved hedgehog, red squirrels, water voles, the hazel dormouse and grey long-eared bat. We’ve lost nearly all of our wildflower meadows (97%) and official figures show that none of our rivers and lakes are now classed as healthy.

Last year countries across the world spectacularly failed to meet 10-year targets to improve our natural world, including the UK. The targets set at this year’s global nature talks will be the third time world leaders have set 10-year targets to turn things around for nature. That’s why it is so important that the ‘State of Nature’ target, and regulations to achieve it, are added into law so that the current, and future, Government can be held to account and kept on track to helping nature recover.

The Environment Bill, which has been delayed in Parliament for a third time, is expected to begin progress again through the House of Lords in May. Nature experts are urging the PM to support a ‘State of Nature Amendment’ to the Environment Bill (introduced by Hilary Benn MP)[3] which would: set a legally binding target to halt and begin to reverse the decline in the state of nature in England by 2030 and regulations for how the target will be met. A legally binding target means the Government must achieve the target or could face legal action. 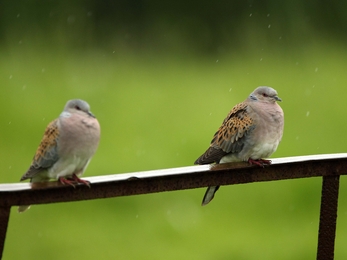 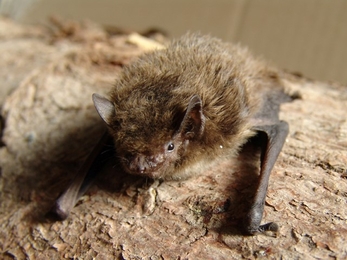 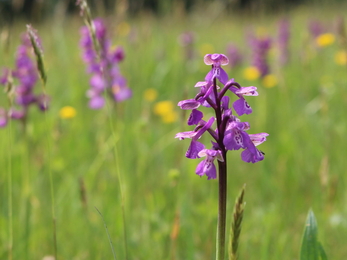 This is a once in a generation chance to get legally binding protections for nature. No such opportunity in domestic law is likely to open in the next decade and there is an unprecedented moment of global influence for the UK on nature and climate issues, as hosts of COP26 and the G7.

Putting a crucial State of Nature protection into the Environment Bill will ensure warm words on delivering a better environment for the next generation, are backed up in law for England.[4] It will also give the UK credibility as world leaders as we head into talks to set global targets to reverse nature’s decline.

Nature charities are asking the public to show their support for nature and help persuade the Prime Minister to put this vital wildlife protection into law by signing their petition for a better ‘State of Nature’.

Show your support for nature and help persuade the Prime Minister to put this vital wildlife protection into law.

The Wildlife Trusts respond to the closing of COP26.