Where to see newts

Having slept the winter away hidden amongst tree roots, under rocks, or in crevices, a newt's mind is on one thing – procreation. Back in their ponds, the male smooth newt takes on his breeding costume; his crest extends and his colours brighten. He is ready to dance, and what a sight to behold it is. He performs a ritual courtship display, crest erect, body stiff with his tail curled, its tip quivering, hoping to catch a female’s attention. He wafts his pheromones in her direction, and she finds them just as irresistible as his performance. By July, the female will have laid all her eggs, and the adults head back into the meadows, hedgerows, and woodland for the rest of the year. 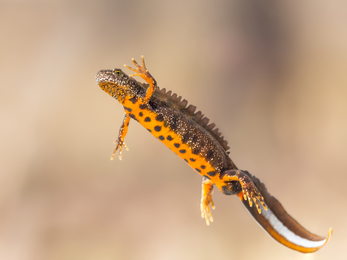 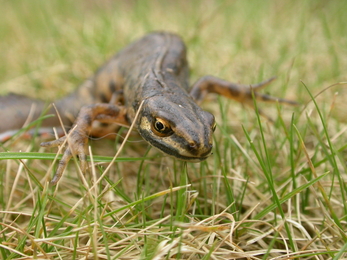 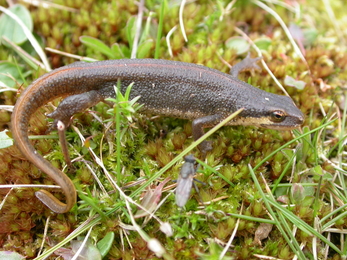 The southern suburbs of Peterborough are home to some of the largest newt populations in the country, and The Wildlife Trust for Bedfordshire, Cambridgeshire and Northamptonshire own a reserve entirely for these mini-dragons. Stanground Newt Ponds is a tiny pocket of land, set aside during the building of a housing estate, where both smooth newt and great crested newt breed in the two small ponds.

The best time to see the newts dancing is after dark, when they show up under torchlight. Please steer clear if you think there may be great crested newts present because it's against the law to disturb them. It’s best to check out the pond in the daylight, to find a safe place to stand on dry land where you can see open spaces amongst the water weed into which the newts may emerge.  Then after dark, enjoy watching these dance arenas with your torch.  As always when you’re around water, take care, go together with someone else, and be safe.

The great thing about newts is that you don’t need to go to a nature reserve to see them.  Most garden ponds, if they are looked-after in a wildlife-friendly way, will probably have newts breeding in them.  There is also some great footage of the courtship dance of the smooth newt at the Wildscreen Arkive. 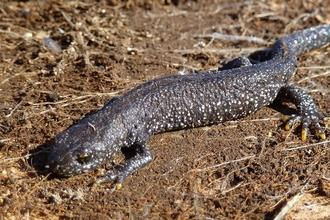 With its prominent, wavy crest, the great crested newt, also known as the 'warty newt', looks like a mini dinosaur! This… 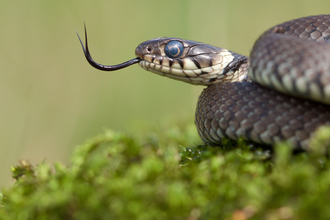 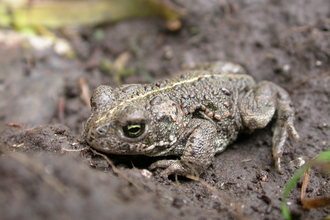