Where to see dragonflies and damselflies

No summer outing would be complete without hearing the tell-tale sound of a patrolling dragonfly as it hunts over a nearby pond. Their aerial manouvres rival the fastest military aircraft as they duck and turn in pursuit of prey, or narrowly avoid the clutches of hungry hobbies. These adaptable insects lord over wetlands, moorland and even woodland glades, feeding on flies, midges and even each other. If you thought butterflies were the only insects worth a second glance, these multi-coloured, iridescent predators demand appreciation too.

Darting, slowing, hovering and then onwards again; the dragonfly reveals both the beauty of its sunshot wings and its complete mastery of the air 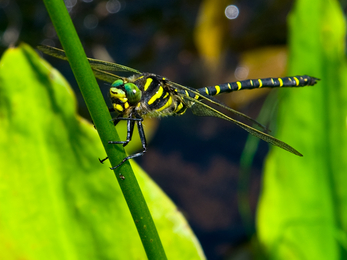 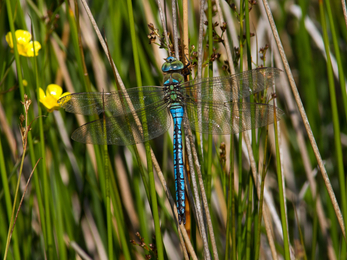 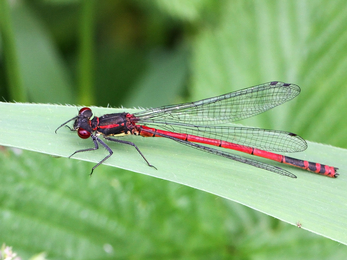 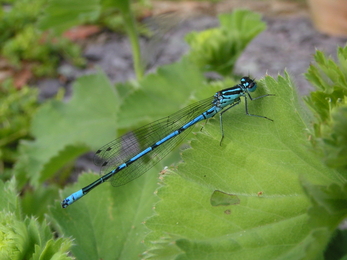 Find dragonflies and damselflies near you

Do a little research in advance and find out some of the best Wildlife Trust reserves to see dragonflies and damselflies.

There are 17 species of damselfly and 23 species of dragonfly resident in the UK, with the occasional visitor from continental Europe. Found in almost every habitat, these fearsome aerial predators bring a splash of colour just as wildflowers and butterflies are winding down. And for the birdwatchers that hang up their binoculars before the big migration events of autumn, they provide another burst of wildlife watching activity to rival any bird flocks.

Know the difference! As a general rule, the damselfly is slimmer, and rests with wings folded, while the stockier dragonfly keeps its wings spread outwards. The earliest damselflies are on the wing by early May, while the last common darter of the year might still be flying on a warm October day, with the highest species diversity found during July and August. Like most insects, dragonflies are at their most active in warm sunny conditions, so pick your day wisely. Binoculars will come in handy, as most will fly off if you get too close. And of course, take care at the water’s edge.

Don’t worry if you can’t make it to one of these amazing reserves, there are very few places where you don’t stand a chance of finding a dragonfly. Several species travel a long way away from water, to feed in gardens, fields and woodland edges. One of the greatest wanderers is the migrant hawker, which you can often find hunting along sheltered hedgerows in August and September.

Find out where you can follow the twinkling green lights among the grass stalks and be wowed by a glow-worm. The glow from these beetles…

A voracious predator that will even eat other dragonflies, the golden-ringed dragonfly is the UK's longest species. It can be found…