Scientific name: Cytisus scoparius
Broom is a large shrub of heaths, open woodlands and coastal habitats. Like gorse, it has bright yellow flowers, but it doesn't have any spines and smells of vanilla.

Broom is a large, deciduous shrub, similar in appearance to gorse, but without the spines. This member of the pea family is common on heaths, in open woodlands and along hedgerows, and can also be found at the coast. Its bright yellow flowers appear in spring, from April to June, and smell of vanilla. It is quite likely that Broom got its name from the fact that its long, whip-like stems were cut and tied together to make brushes. Although a number of similar species were also used in this way, broom created the best brooms!

Broom is similar to common gorse in size, shape and flower colour, but it lacks the spines and has short, flattened leaves and larger flowers.

During the summer, the hairy, black seed pods of Broom explode in the sun, producing an audible cracking sound and spreading their seeds. 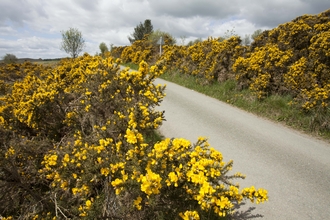 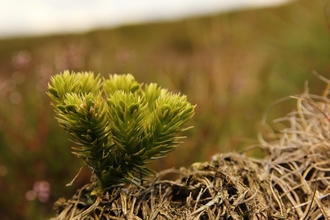 Fir clubmoss is a primitive plant found in rocky, moorland and mountain habitats. The stems of this tufted, upright fern look like tiny… 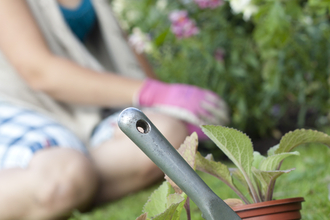