Scientific name: Ulex europaeus
Windy, open moors covered in bright yellow, spiky common gorse bushes and purple heathers are synonymous with what we call 'wild' landscapes, but it can be seen in many habitats, from coast to town.

Common gorse can be seen in all kinds of habitats, from heaths and coastal grasslands to towns and gardens. It generally flowers from January to June (although it may flower sporadically throughout the year), while its close relatives - Western gorse and dwarf gorse - flower from July to November. Common gorse is a large shrub and a member of the pea family.
It provides shelter and food for many insects and birds, such as Dartford warblers, stonechats and yellowhammers.

Common gorse is a large, evergreen shrub, covered in needle-like leaves and distinctive, coconut-perfumed, yellow flowers during the spring and summer. There are three similar species of gorse in the UK: common gorse is widespread and flowers form January to June; western gorse flowers in late summer and autumn and is mainly found in western UK; dwarf gorse flowers later and is mainly found in Southern and Eastern England.

Traditionally, common gorse was regularly collected from commonland for a number of purposes: it provided fuel for firing bread ovens; was used as fodder for livestock; was bound to make floor and chimney brushes; and was used as a colourant for painting Easter eggs. However, there were a number of restrictions on its collection; for example, in Oxfordshire, only the amount that could be carried on the back could be cut for fuel. 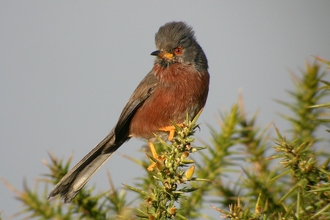 Unusually, Dartford warblers stay in the UK all year round. Find a heathland and listen out for their scratchy song, spy them shadowing… 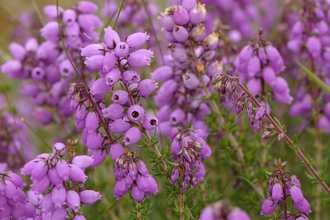 Bell heather is our most familiar heather. In summer, it carpets our heaths, woods and coasts with purple-pink flowers that attract all… 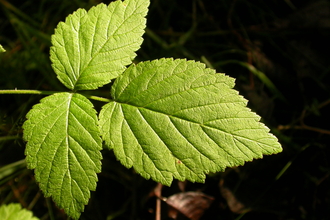 The Bramble is the thorny shrub of hedges, woods and scrub that gives us delicious blackberries in autumn. Gathering wild food can be…