Scientific name: Raja undulata
The undulate ray has beautiful wavy patterns on its back, which helps it camouflage against the sandy seabed.

The undulate ray is listed as Endangered by the IUCN Red List and is a Priority Species under the UK Post-2010 Biodiversity Framework.

Present all year round

Undulate rays live on soft seabeds like sand and mud where they can bury themselves underneath the sediment. Instead of teeth, they have crushing plates which help them to feed on their diet of crustaceans.

Although it is commonly called the undulate ray, it is actually a species of skate (sometimes known as the undulate skate). Skates and rays are closely related and look similar, but you can spot the difference by looking at the tail. Skates have a short tail with small fins and no stinging capabilities, whereas rays have a long whip-like tail.

The undulate ray is easily recognisable thanks to the dark wavy pattern on its back. Small spines run down the centre of the animal and along the whole tail.

Found in the warmer waters around the south of Ireland and England.

The undulate skate lays eggs commonly called ‘mermaid’s purses’, which are made of keratin, the same material making our hair and nails. You can find empty egg cases along the shore that have been brought in by the tide. 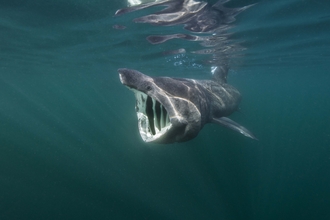 Marine Protected Areas in England, including Marine Conservation Zones MCZs, safeguard special areas of the sea and offer our wildlife a… 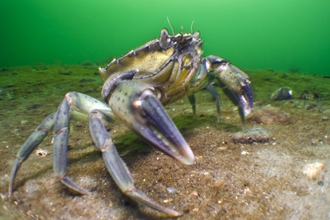 The Way Back to Living Seas

Watching The Wildlife Trusts’ president Sir David Attenborough enthuse about the wonders of our Blue Planet for the new BBC series, we…