Scientific name: Odezia atrata
This sooty-black, day-flying moth is active on sunny days, rarely settling in one place for long.

Adults fly in June and July, sometimes into August

The chimney sweeper is a day-flying moth that can be seen flying in June and July. In the south of its UK range, it is mostly found on chalk or limestone grasslands. Further north it is more common and lives in a wider range of habitats, especially along streams and in other damp, grassy places.

Chimney sweepers fly on sunny days, though males may also fly in more overcast conditions. They often perch on tall grasses and at suitable sites can be seen in large numbers, making for an impressive spectacle!

Chimney sweepers spend the winter as an egg, laid in summer. The caterpillars hatch around April and feed almost exclusively on the flowers and seeds of pignut, before pupating in the ground. 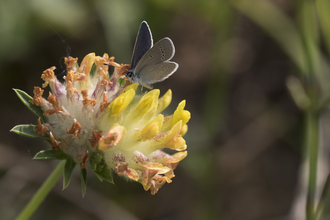 The small blue's name is a little misleading: it is our smallest butterfly, but only shows a dusting of blue on brown wings. It is… 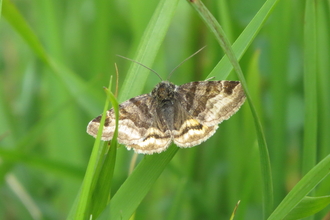 This day-flying moth is found on flowery meadows, often in the company of other moths and butterflies. 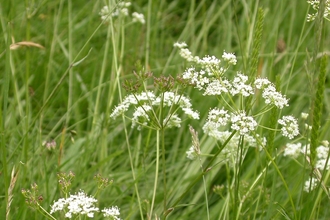 Pignut is a small umbellifer, with edible tubers, that is found in woods, hedges and grasslands.