It’s no accident that Cornwall is hosting what is perhaps one of the planet’s most important political meetings later this week.

The rugged southwestern corner of Britain shows off some of our most stunning scenery in spectacular fashion. Its dramatic clifftops, golden beaches, turquoise seas, and wild moorlands provide the perfect backdrop for a G7 ‘family photo’.

But Cornwall’s natural beauty masks a truth that is relevant across the country – nature is under threat.

Cornwall Wildlife Trust’s ‘State of Nature in 2020’ report reveals that over the last 30 years almost half of breeding birds have suffered population declines and half of land mammals are now found in fewer places in the county.

This mirrors the picture we see in every part of the UK. We are now one of the most nature depleted countries on the planet – and, in fact, at the very bottom of the class in the G7 in terms of how much nature still survives here.

The evidence is undeniable - human activity, from development and infrastructure to unsustainable farming practices and pollution, has devastated our natural environment. What’s also clear is that this is having a lasting impact on our future economic prosperity.

A recent review commissioned by the Treasury has shown that this degradation of the natural world has eroded the very foundation on which our economy sits. The economy is a wholly owned subsidiary of nature and without urgent action to stop the alarming rate of nature's decline, the prosperity of future generations is at risk. 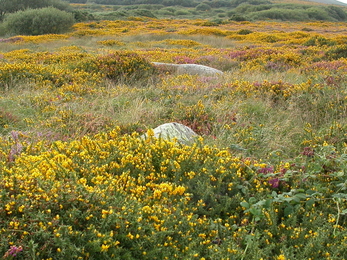 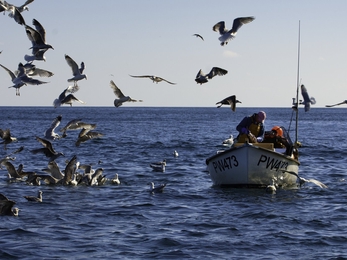 In Cornwall, the Government has made steps to address this ahead of the G7. The announcement of England’s first Nature Recovery Area will build on Cornwall Wildlife Trust’s work to create a Wilder Cornwall – helping to deliver bigger, better managed and more joined-up wildlife habitats for nature to thrive.

We’ve also seen a fantastic step forward this week in efforts to protect the marine environment, with the Government announcing their intention to designate Highly Protected Marine Areas (HPMAs) by the end of 2022.

This special form of protection would see a ban on all damaging activities at sea – from fishing and trawling to construction – and give nature the best chance of recovery.

The benefits of taking action now to reverse nature’s decline are huge. The Wildlife Trusts’ recent report A Wilder Recovery has shown that there are real gains in having a nature-positive economy – it’ll help tackle climate change, prevent flooding, bring cleaner air and healthier people.

What’s more, research shows that the areas struggling most with underemployment often have the highest potential for environmental improvements and, therefore new green jobs. By investing in nature’s recovery, the Government can bring jobs to the places that need them most.

The public also recognise that action to help nature recover is both vital and valuable. A recent poll revealed that spending more on protecting the environment is now people’s second highest priority for kickstarting the country after the pandemic – only behind the NHS.

Yet, despite this, the UK has been ranked second from bottom among the G7 countries in its spending on green recovery plans. What’s more, government spending on nature in the UK has shrunk by a third over five years.

The scale of the crisis nature is facing is clear, but the scale of action by Government to truly bend the curve on nature’s decline is so far falling short.

As highlighted in our A Wilder Recovery report, for too long efforts to restore nature have fallen solely under the remit of the Department for the Environment, Food and Rural Affairs (DEFRA). Meanwhile, the rest of government forged ahead with projects that harm nature, such as HS2 and a £27bn investment in new road infrastructure.

We need every part of government to recognise the vital role that nature plays and, crucially, take account of nature in its decision making.

That’s why we praised the Environment Secretary’s announcement on our recent WildLIVE of a “legally binding target for species abundance for 2030, aiming to halt the decline of nature” as a critically important step forward.

A target to halt the decline of nature by 2030 could be transformative for our natural environment, ensuring that action across government to solve the ecological crisis has the same statutory force as our net zero target on climate change.

To our disappointment, however, it seems like this has been followed by two steps backwards. The amendment introduced in Parliament to put the Environment Secretary’s hopeful words into action does not deliver on its promise. It certainly is not a ‘net zero for nature’. The weakly worded target avoids committing to halting the decline of wildlife, merely requiring the decline to slow down by 2030.

Alongside this, the Government has also given themselves the power to unpick the Habitats Regulations - the legal defence for nature which protects our most precious places from being bulldozed and built upon.

This could allow large areas to be earmarked for development in line with the Government’s planning changes, including important wildlife sites, without the safeguards that are currently in place to protect them.

We know the Government understand the crisis nature is facing. Speaking at the WildLIVE event, the Environment Secretary recognised that the UK is sadly one of the most nature depleted countries in the world. Unless the Government gets on with the job of reversing this, we risk losing some of our wildlife forever and staying at the bottom of the pile.

As the Prime Minister prepares to welcome other world leaders to the sunny beaches of Cornwall this weekend, he has a major opportunity to show the world that the UK is going further and faster than any other nation to address this crisis.

Strong and clear action through a firm 2030 target to end nature’s decline would be a truly world-leading response in which all G7 leaders could follow.

The Wildlife Trusts' Wild LIVE tackle some of the key topics facing our natural world today, with special guests at the heart of the issues.

Throughout September 26 Writers are rhapsodising about our wonderful wild places, from peat bogs to hedgerows. Here are the latest six…

Throughout September 26 Writers are rhapsodising about our wonderful wild places, from peat bogs to hedgerows. Here are the latest six…

All this month, 26 Writers are rhapsodising about our wonderful wild places, from peat bogs to hedgerows. Here are six more of their…