It’s a major problem for society that, even in 2019, people living in the UK have such inequal access to nature. It means many in society are cut off from natural resources that could help them tackle the challenges of everyday life, such as poor physical and mental health. Bringing people closer to nature is really important to us, so we’ve been trying some new ideas to help non-English speaking communities find out about the wildlife near them.

Wildlife Trusts in Birmingham, Sheffield, Rotherham and Gloucestershire have been helping local communities to learn about the nature around them using sets of ‘Wildlife Explorer’ cards in different languages. The cards feature 30 different species that can be found on city streets, in parks and gardens or nature reserves.  From robins and foxes to butterflies and oak trees, each of the cards feature an illustration and wildlife facts in English and an alternative language.  So far, we’ve created cards in Slovakian, Urdu and Arabic.

Words relating to nature are being lost from people’s vocabulary and many children are now unable to identify common plants and animals that feature in our everyday lives.  We hope that by helping people to learn words for the wildlife around them, they’ll not only benefit but be interested to learn more about what they can do to help wildlife flourish and thrive in their community.

Bringing people closer to nature is really important to us, so we’ve been trying some new ideas to help non-English speaking communities find out about the wildlife near them.

We’ve received overwhelmingly positive feedback from everyone who took part in the trials. Families said they enjoyed using the cards with 83% saying they would continue using them.  This is a great outcome, as the packs were given away as gifts for families to encourage them go wildlife finding on their own.

We are looking forward to creating more wildlife cards in 2019, including more languages that will help us work with a wider range of communities.  It’s vital for the future of both people and wildlife that we enable people, whatever their background, to discover and build a connection with nature. 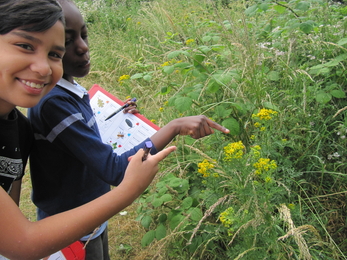 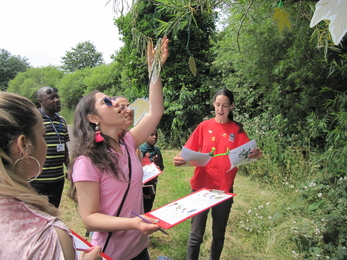 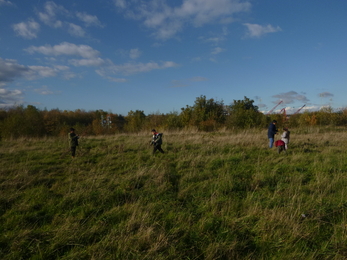 My reasons for signing up to 30 Days Wild

During 30 Days Wild, we plan to share with you some of the great blogs we've seen pop up during the challenge from people across…

Restoring the lifeblood of our landscape

Our water environment is in a perilous state – but now is our chance to do something about it.

Wildlife expert Nick Acheson introduces some of our feathered superstars to listen out for this spring.