Red clover is a common plant of all kinds of grassy areas in the UK, from lawns to pastures, roadsides to meadows. It is sown as a fodder crop for livestock and has long been used in crop rotation systems because of its ability to fix nitrogen, enriching soils. The trefoil leaves are collected by wood mice and the flowers, which appear from May to October, are sought after by all kinds of bumblebees for their nectar.

Like other clovers, the leaves of red clover have the familiar trefoil look with three green leaflets each bearing a white V-shaped marking. The pinky-red flowers are borne in rounded heads.

The nectar-rich flowers of red clover are a favourite of many species of bee, including the common carder bee, honeybee and red-tailed bumblebee. 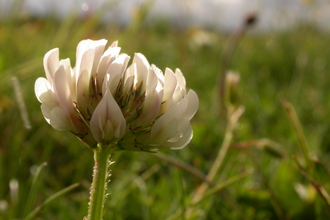 A familiar 'weed' of gardens, roadsides, meadows and parks, White clover is famous for its trefoil leaves - look out for a… 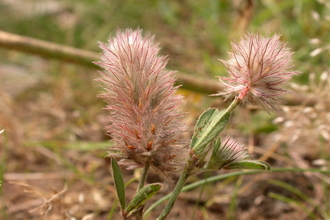 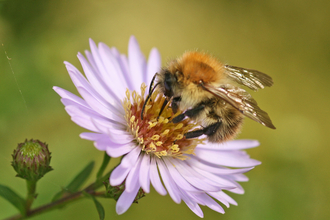 The common carder bee is a fluffy, gingery bumble bee that can often be found in gardens and woods, and on farmland and heaths. It is a…