Scientific name: Heracleum sphondylium
Hogweed can be found along hedgerows and roadside verges, and on waste ground and rough grassland. It displays umbrella-like clusters of creamy-white flowers. It's native, unlike its relative, giant hogweed.

Hogweed is a native plant (unlike its alien relative, giant hogweed) which is abundant in hedgerows, roadside verges, waste grounds and rough grasslands. As a member of the carrot family (an umbellifer), it displays large, umbrella-like clusters of creamy-white flowers between May and August (although it can flower all year-round) which are attractive to a range of insects.

Although they might not look especially wildlife-friendly, our roadside verges, railway cuttings and waste grounds can provide valuable habitats for all kinds of plants and animals.

Hogweed displays large, white umbels of flowers, and has hollow, hairy stems. Its leaves are broad, hairy and divided. It is not as tall as giant hogweed.

The hollow stems of hogweed were traditionally used in many children's games as water guns, pea-shooters and swords. Its sap is less toxic than that of giant hogweed (and some other umbellifers), so doesn't cause the same skin irritation. 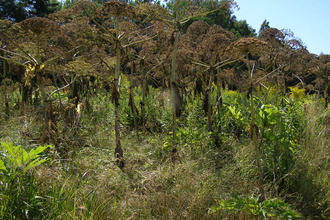 As its name suggests, giant hogweed it a large umbellifer with distinctively ridged, hollow stems. An introduced species, it is an… 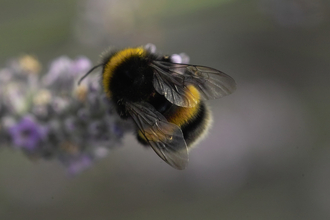 Save bees and pollinators

We have pollinators to thank for every third mouthful we eat. Not only do they pollinate our food crops, but they’re also vital for the… 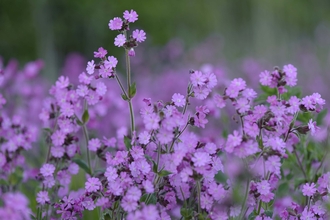 We work with highways authorities, councils and landowners to advise and help manage road verges.