Scientific name: Tricladia
Planaria are flatworms in the phylum Platyhelminthes with amazing regeneration abilities giving them the title 'immortal under the edge of a knife'. There are many different species that inhabit freshwater, marine and terrestrial ecosystems.

Planaria, or planarian flatworms, are thought to be very primitive creatures as they only possess a ladder-like nervous system. Historically, planaria were classified by their ‘ecotype’, or where they occurred, as there are species that live on land in terrestrial ecosystems, in freshwater ecosystems, or in marine ecosystems. It is unknown how many species of planaria exist globally, although there are thought to be 12 species in the UK, alongside invasive non-native species introduced from other parts of the world.

Planaria are carnivores, feeding on a variety of smaller invertebrates such as shrimp and water fleas in aquatic habitats, or other small worms. Some larger terrestrial species eat earthworms by wrapping around them, secreting mucus to dissolve their prey.

Species may be sexual and/ or asexual. Sexual planaria are hermaphrodites, possessing both male and female organs and able to lay eggs. As a form of asexual reproduction, planaria have a fascinating ability to regenerate into two separate individuals after damage, or can attach themselves to substrate, pulling their body to cleave themselves into two parts which then regenerate.

Thousands of tiny hair-like structures on the side of planaria may beat in motion along secreted mucus for movement in water. Some land species move using body contractions in a similar way to earthworms.

Planaria are most identified by the positioning or amount of their eye-spots called ocelli, but also by their head morphology/shape or coloration. In the UK there is thought to be 12 native species, excluding some invasive terrestrial species such as Australoplana sanguinea that were accidentally introduced from Australia.

The size of planaria can greatly vary, with some freshwater species such as Dugesia ranging from mere millimetres after hatching from eggs, growing to an adult size of up to 1cm. However, some terrestrial planaria such as Australoplana can reach up to 4cm. Planaria can extend and retract their bodies and their cells can shrink in times without food so getting exact measurements is difficult.

Planaria also share many of the chemicals known as neurotransmitters and similar genes found in higher organisms such as vertebrates, including humans. For this reason, they are being pursued in clinical research such as drug development for preliminary trials, in place of higher organisms such as rodents. It is even possible to manipulate planaria to grow multiple heads like the legendary Hydra of Greek mythology! 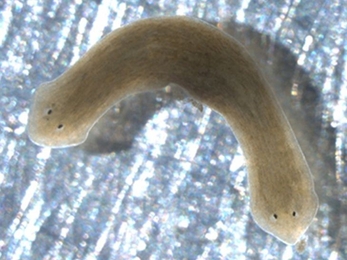 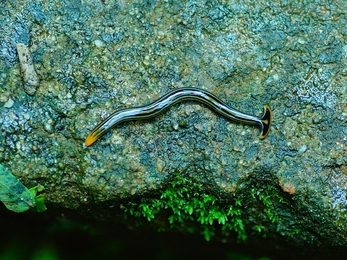 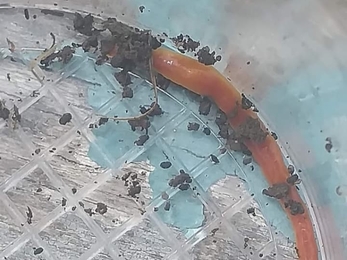