Scientific name: Asterias rubens
A most familiar seashore inhabitant, the common starfish truly lives up to its name in UK seas and rockpools!

The common starfish is highly common in UK seas, found in rockpools and out at sea to depths of at least 600m. They are active predators, feasting on bivalves such as mussels and clams. As such, they have been known to become a bit of a pest on mussel and oyster beds! Starfish feed on shellfish by pulling the shells open with their arms, inserting their own stomach into the shell and dissolving their prey with digestive juices, before reabsorbing their stomach full of the shellfish soup.

Starfish will form huge aggregations when food is plentiful, drawn in by their keen sense of smell. They don't have a nose - they use special receptors in their skin!. Starfish aren't really fish, they are a type of sea creature called an echinoderm, which means "spiny skinned". Echinoderms includes starfish, sea urchins, sea cucumbers and brittlestars.

The common starfish has five arms, is usually orange in colour, and has many small pale spines. It is often found washed up on the shore after rough seas, sometimes in great numbers.

Found on all British and Irish coasts, particularly among beds of mussels.

Starfish have an amazing ability to regenerate lost limbs - meaning you'll sometimes spot a starfish with 4 normal sized legs and 1 small leg. The small leg is regrowing! Starfish will sometimes shed a leg to escape a predator and will then regrow the missing leg or legs. They can do this so long as at least some of their central disc is intact. So, if you cut a starfish in half, if both halves had part of the central disc in tact, they could both regrow into genetically identical starfish.

When rockpooling, be careful to leave everything as you found it - replace any seaweed you move out of the way, put back any crabs or fish and ensure not to scrape anything off its rocky home. If you want to learn more about our rockpool life, Wildlife Trusts around the UK run rockpool safaris and offer Shoresearch training - teaching you to survey your local rocky shore. The data collected is then used to protect our coasts and seas through better management or through the designation of Marine Protected Areas. 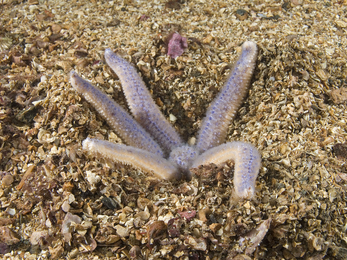 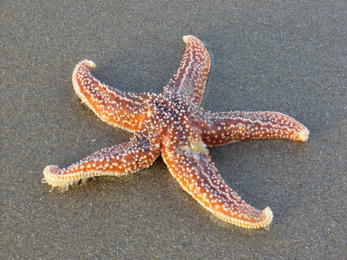 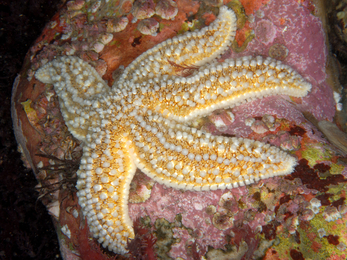 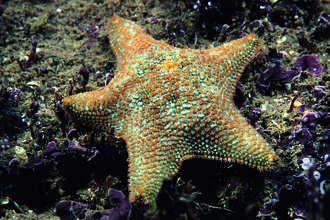 Read our guide on identifying starfish spotted in the UK. Here are the most common starfish that you might see near you. 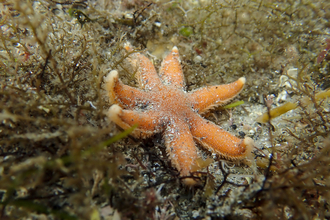 Brittle stars, sea urchins and other starfish will want to stay out of the way of this speedy carnivorous starfish! 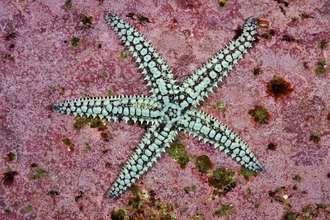 Our largest starfish, the Spiny starfish can reach an impressive diameter of 70cm!