Scientific name: Nyctalus noctula
Our largest bat, the noctule roosts in trees and can be seen flying over the canopy in search of insect-prey, such as cockchafers. Like other bats, it hibernates over winter.

The noctule is our largest bat. All UK bats are nocturnal, feeding on midges, moths and other flying insects that they find in the dark by using echolocation. Noctules roost in holes in trees and bat boxes, but rarely in buildings. During the summer, females form maternity colonies and have just a single pup. Noctules can be seen feeding on insects over the tree canopy; they particularly enjoy eating flying beetles, such as the large cockchafer. They hibernate over the winter, between November and April.

The noctule has rich, golden-brown fur, with darker wings, ears and face. Its flight is characteristically strong and fast.

Widespread across England and Wales.

Although most bat calls require a bat detector to be heard by us, noctule calls can heard by some adults and children. The calls range from 20 to 45kHz and peak at 25kHz. 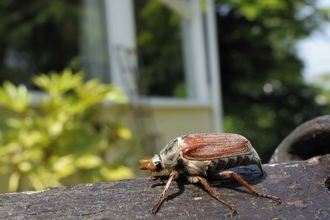 This large, brown beetle can be seen swarming around streetlights in spring. They live underground as larvae for years and emerge as… 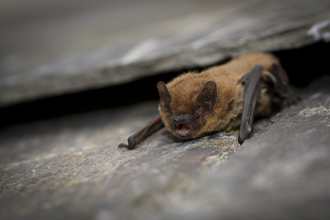 The common pipistrelle is so small, it can fit into a matchbox! Despite its size, it can easily eat 3,000 insects a night: look for it… 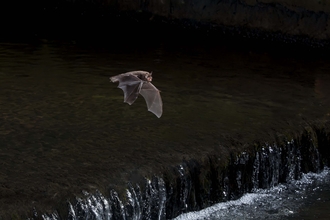