Scientific name: Biston betularia
The peppered moth is renowned for its markings that have evolved to camouflage it against lichen in the countryside and soot in the city. It can be seen in gardens, woods and parks, and along hedgerows.

A medium-sized moth, the peppered moth is renowned for its markings, which provide camouflage against lichen-covered rocks and tree bark. It is on the wing between May and August in parks and gardens, woodland, scrub and hedgerows. The twig-like caterpillars feed on the leaves of a variety of trees and shrubs, including silver birch, oak, bramble and hawthorn. They have a deep cleft in their heads just like a broken stem, and legs that resemble thorns, making them perfectly camouflaged against the rose species they frequent.

The peppered moth has a broad, furry body and long, narrow wings that it holds straight out to the side. It is usually whitish with intricate black markings all over, but some individuals are entirely sooty black (melanic forms). The similar oak beauty has two brownish bands on the wings, and holds its wings further back.

The peppered moth is one of the most famous examples of evolution in action: in areas with a history of air pollution, such as big cities, where trees and rocks were once covered with soot instead of lichen, the black form of the peppered moth is the most common. In the countryside, where lichens cover the tree trunks, the mottled form dominates. This changing form is the result of natural selection; during the industrial revolution, when trees were black with soot, those forms that had white markings would stand out and inevitably be predated upon.

To attract butterflies and moths into your garden, plant nectar-rich borders for them to feed along and climbing ivy and shrubs for overwintering insects. To find out more about encouraging wildlife into your garden, visit our Wild About Gardens website: a joint initiative with the RHS, there's plenty of facts and tips to get you started. 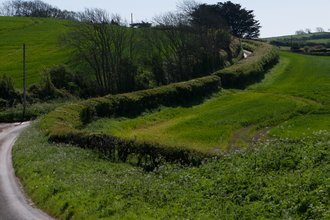 Hedgerows are one of our most easily encountered wildlife habitats, found lining roads, railways and footpaths, bordering fields and… 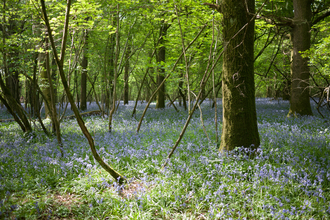