Scientific name: Merodon equestris
With ginger hairs, dark banding and a cream tail, the Narcissus bulb fly looks like a bumble bee, but is harmless to us. This mimicry helps to protect it from predators while it searches for nectar in gardens.

A common medium-sized hoverfly, often found in gardens, the Narcissus bulb fly (also known as the 'Large narcissus fly' and 'Greater Bulb Fly') is a bumble bee mimic. Adults feed on nectar and pollen and can be seen around flowers like dandelions from March to August. Males can be spotted flying low over short grass in search of females; while females can be seen on the dying leaves of bulbous plants, such as Daffodils and Bluebells, where they lay their eggs. The larvae hatch and burrow into the bulb underground, feeding on it and even destroying it.

Covered in ginger hairs, with a black band around the middle, and a creamy tail, the Narcissus Bulb Fly is one of several species of hoverfly that mimic bumble bees.

The patterns and hair colour of the Narcissus bulb fly vary in different individuals to mimic different bumble bee species. Mimicking something much less palatable, such as a bumble bee, is a form of defence against predation.

The Wildlife Trusts work with pest controllers to find the most wildlife-friendly solutions to some of our everyday problems. We also recognise the importance of healthy habitats to support all kinds of species throughout the food chain, so look after many nature reserves for the benefit of wildlife. You can help too: volunteer for your local Wildlife Trust and you could be involved in everything from coppicing to craft-making, stockwatching to surveying. 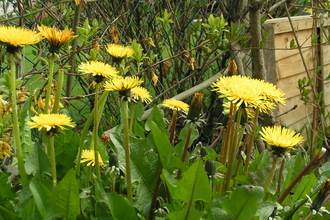 The common dandelion is a most familiar flower: counting down the 'clock', while blowing the fluffy seeds from its head, is a… 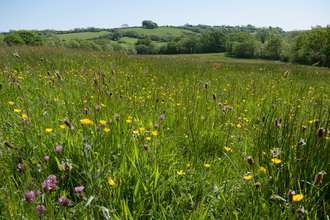 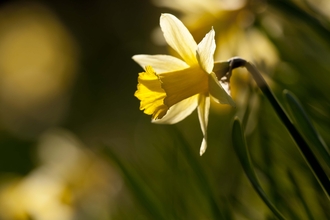 Brighten up a gloomy spring day with the sight of a golden host of wild daffodils. Find the best places to see wild daffodils near you…