Scientific name: Eristalis tenax
With brown-and-orange markings, the Drone-fly looks like a male Honeybee, but is harmless to us. This mimicry helps to protect it from predators while it searches for nectar in gardens and urban areas.

The Drone-fly is a very common, medium-sized hoverfly that is an excellent Honeybee mimic. It is one of several species of related hoverfly whose larvae are known as 'rat-tailed maggots' and live in muddy water, feeding on decaying organic matter. Adults feed on nectar in various habitats and can be seen throughout the year, emerging from hibernation to feed on Ivy flowers on milder winter days.

The Drone-fly is one of several related hoverflies that are Honeybee mimics. With a dark-brown body, orange patches on the sides and top, and a covering of orangey hair, it does a good job of looking like a Honeybee. Key differences include the lack of a stinger and 'waist', and only one pair of wings.

Recent research shows that the Drone-fly does not only mimic the Honeybee in look, but also in the way that it moves about, following the same flight patterns.

Many of our often-overlooked insects are important pollinators for all kinds of plants, including those which we rely on like fruit trees. The Wildlife Trusts recognise the importance of healthy habitats to support all kinds of species throughout the food chain, so look after many nature reserves for the benefit of wildlife. You can help too: volunteer for your local Wildlife Trust and you could be involved in everything from coppicing to craft-making, stockwatching to surveying. 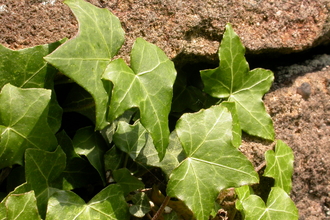 Ivy is one of our most familiar plants, seen climbing up trees, walls, and along the ground, almost anywhere. It is a great provider of…