Scientific name: Austropotamobius pallipes
The White-clawed crayfish is a freshwater, bronze-coloured crustacean with pale undersides to its claws - hence the name. It is under threat from an invasive and introduced species of crayfish.

Protected in the UK under the Wildlife and Countryside Act, 1981. Listed as Endangered on the global IUCN Red List of Threatened Species.

As the UK's only native freshwater crayfish, the White-clawed crayfish is in decline due to the introduction of the non-native North American signal crayfish. This invasive species has brought disease to which our indigenous crayfish has no natural resistance. An omnivorous crustacean, the White-clawed crayfish eats invertebrates, carrion, water plants and dead organic matter. It inhabits small freshwater streams of a depth less than 1 metre, hiding underneath stones and rocks and in small crevices where they forage for food.

The White-clawed crayfish is small and bronze-coloured, with pale cream or rose undersides on its claws.

Widespread in England and Wales, but rare.

The White-clawed Crayfish needs mineral-rich water to fortify its exoskeleton, the same way we need calcium to enrich our bones. 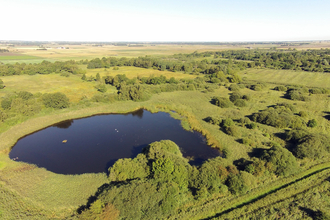