Scientific name: Pyrus malvae
The grizzled skipper has a striking brown-and-white checked wing pattern. It is a fast flier, so is best observed in the morning as it basks in the sun to warm up. It favours chalk grassland and woodland habitats.

The grizzled skipper is the smallest of our skippers and the earliest to appear in spring. It has a fast, darting flight pattern, so is easiest to see in the early morning when it basks on bare ground in the sunshine. Grizzled skippers require short, mixed vegetation that is usually created by grazing on chalk grassland or in woodland clearings. The caterpillars feed on a variety of plants, including wild strawberry, bramble, agrimony, salad burnet and creeping cinquefoil.

The grizzled skipper has dark brown wings with an intricate, white chequerboard pattern. The wings have white fringes, with dark lines running through them. The dingy skipper is similar, but is larger and has duller wings.

Found in southern England as far north as the Midlands, and North and South Wales.

Although the grizzled skipper prefers unimproved chalk grassland and woodland rides, it has recently spread on to old industrial sites, such as mineral workings, spoil heaps, railway lines and even rubbish tips! 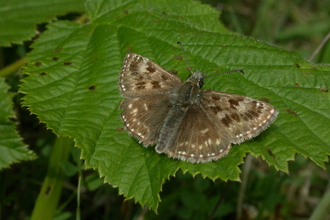 The moth-like dingy skipper is a small, grey-brown butterfly of open, sunny habitats like chalk grassland, sand dunes, heathland and… 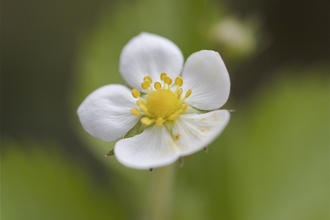 The Wild strawberry produces miniature, edible versions of the juicy red fruits we so enjoy. Gathering wild food can be fun, but it… 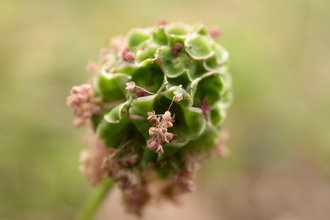 A low-growing herb of chalk and limestone grassland, Salad burnet lives up to its name - it is a popular addition to salads and smells…