Scientific name: Cicindela campestris
A ferocious and agile predator, the green tiger beetle hunts spiders, ants and caterpillars on heaths, grasslands and sand dunes. It is one of our fastest insects and a dazzling metallic green colour.

The green tiger beetle is a common ground beetle of heathland, moorland, sandy grassland and sand dunes. Often seen in bright, sunny conditions during the spring and summer, the green tiger beetle is a fast, agile hunter, running across the ground to catch its invertebrate prey, including spiders, caterpillars and ants. It is well-equipped to tackle its prey, with a ferocious set of jaws and long legs that give it an impressive turn of speed (it is one of our fastest insects). When disturbed, it will often fly a short distance before running away.

The green tiger beetle is a large, metallic-green beetle, with purple-bronze legs and eyes, and large, creamy spots on the wing cases. There are four rarer species of tiger beetle, which are either much smaller or purple-grey with creamy spots.

The larvae of the green tiger beetle hatch in burrows made by the adults in sandy soil, and wait at the entrance to ambush passing prey. They stay in the burrow over winter. 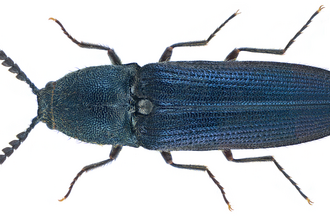 The violet click beetle is a very rare beetle that lives in decaying wood, particularly common beech and ash. It gets its name from its… 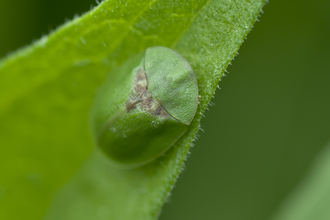 When threatened, the Green tortoise beetle acts just like a tortoise, pulling its feet and antennae in and hunkering down, gripping the… 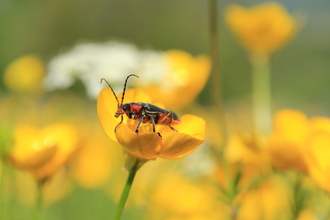 The brilliance of beetles