Scientific name: Bombus terrestris
Spot these giants of the bumblebee world during springtime. They can be seen buzzing from flower to flower getting their pollen fix.

Buff-tailed bumblebees are the biggest of the bumblebees and emerge in early spring. They are named after the buff-coloured tail of their queen, as the worker bees have almost white tails, which makes them easy to mistake for white-tailed bumblebees! They love all types of flowers but especially like open daisy-like flowers, where they can more easily reach the nectar with their short tongues. They nest underground in large groups of up to 600 bees often using old mammal nests.

The Buff-tailed bumblebee has a yellow collar near the head and another on the abdomen. The queen has a buff-coloured 'tail', while the workers have white 'tails' with a faint buff line separating them from the rest of the abdomen. Males have buff-tinged tails and also have black hair on their faces.

Found in lowland areas throughout the UK.

Buff-tailed Bumblebees are known as ‘nectar robbers’: if they come across a flower that is too deep for their tongue, they bite a hole at its base and suck out the nectar. Afterwards, other insects looking for nectar will also use this handy hole. 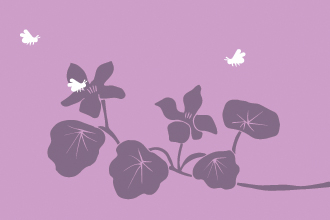 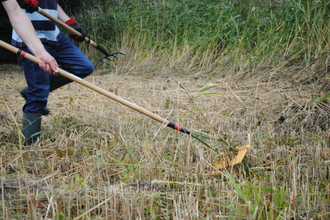