Scientific name: Lasius flavus
The yellow meadow ant is known for creating anthills in grassland habitats. It has a close relationship with the Chalkhill blue butterfly - protecting the larvae in return for a sugary substance they secrete.

The yellow meadow ant is familiar to us as the common ant that creates anthills in grassland and downland habitats, but also appears in our gardens if the grass is not cut too often. They build a soil dome above the nest (which can extend a metre below the ground) to help regulate temperature and humidity. Like all ants, the Yellow meadow ant is social and forms colonies; the workers are mainly active underground, however, and not often seen unless the nest is disturbed. During summer, winged adults pair and mate, the females dispersing to form new colonies.

The yellow meadow ant is, as its name suggests, a yellowy-brown colour. It is one of several closely related and very similar species that build anthills.

Yellow meadow ants spend most of their life underground where they feed on honeydew produced by aphids which they 'farm' on the roots of grass. 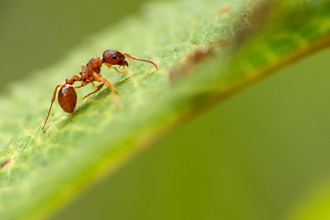 Turn over large stones or paving slabs in the garden and you are likely to find a Red ant colony. This medium-sized ant can deliver a… 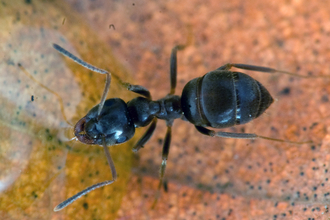 The black garden ant is the familiar and abundant small ant that lives in gardens, but also turns up indoors searching for sugary food.… 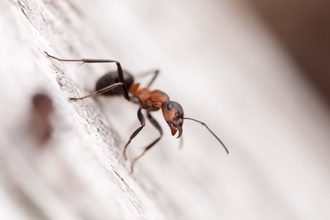 The most common wood ant is the southern wood Ant, or 'red wood ant', which is found in England and Wales. An aggressive…