Scientific name: Phalaropus lobatus
A delicate wader, Red-necked phalaropes are as comfortable swimming as they are on land. Unusually for birds, the females are more brightly coloured than the males.

Protected in the UK under the Wildlife and Countryside Act, 1981. Classified in the UK a Red List species under the Birds of Conservation Concern review and as a Priority Species in the UK Biodiversity Action Plan.

Phalaropes are a strange group of pot-bellied, long-necked, short-legged, needle-billed waders that prefer to be in the water, rather than at the edge. Unusually in birds, phalarope females are more brightly coloured than the males who spend their time incubating the nests so need to be more camouflaged. In a role reversal that goes further than just plumage, females will compete for nest sites at breeding grounds, choose a male and then defend him against other females. Once the chicks arrive, the female leaves the male to raise them on his own.

In their non-breeding plumage, red-necked phalaropes are grey, with a dark patch near the eye and on the head. During the breeding season, females have a white chin with a surrounding rust-red band on the neck, grey breast and dark back. Males are duller, with a grey back and white underside. The similar grey phalarope is slightly larger and stockier, with a thicker bill and is more likely to be found around the coast.

A very rare nesting bird of western and northern Scottish Isles. A rare visitor to wetlands anywhere in the country during spring and autumn migration, but most often seen on the east coast.

Phalaropes feed in an odd way for waders: they swim round in circles, disturbing the water and picking off any insects, midges or water-loving creatures that appear at the surface. They have lobed toes, enabling them to swim well.

Red-necked phalaropes are extremely rare breeding birds in the UK; only 20-30 males are thought to be here in summer. For this reason, they are extremely vulnerable to habitat loss and disturbance. Local Wildlife Trusts across the country are looking after wetland habitats for the benefit of all kinds of species. And you can help too: volunteer for The Wildlife Trusts and you could be involved in everything from monitoring populations to clearing scrub and coppicing, raising awareness to protecting nesting birds. 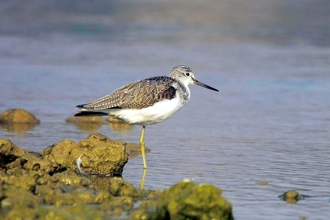 The Greenshank breeds on the boggy moors and ancient peatlands of Scotland. But it can be spotted elsewhere in the UK as it passes… 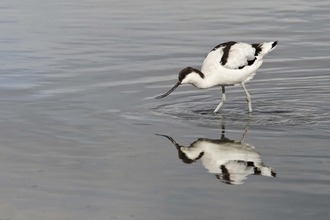 A key species in the story of conservation, the avocet represents an amazing recovery of a bird once extinct in the UK. This pied bird,… 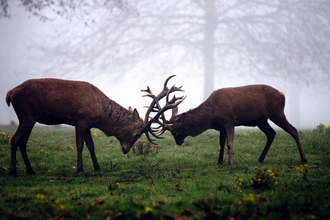