Scientific name: Grus Grus
As the UK’s tallest bird the common crane is instantly recognisable with the ruffle of tail feathers and very long legs. Their bugling call is also very distinctive.

Amber
Protected in the UK under the Wildlife and Countryside Act, 1981.

The common crane has significantly declined across Europe over the last 300 years as vast areas of wetland habitat have been drained for agriculture. A recent breeding programme in Somerset has led to the establishment of a wild population once again. There are also low levels of migration from Europe which may also account for breeding pairs in East Anglia.

Hunting along with the draining of marshlands led to their disappearance as a breeding bird about 400 years ago, until a trio of migrating birds were blown off course in 1979, ending up in Norfolk. Careful protection, reintroduction projects, and some landscape-scale habitat restoration projects mean that there are now around 160 cranes in Britain.

The dance of the cranes is famous worldwide. Heads thrown back, wings flapping, tail feathers fluffed, and feet stamping; this is how they reinforce their pair bonds. Cranes were once so common in Britain that 204 were served roasted at a banquet for the Archbishop of York in 1465.

Where to see common cranes

The common crane has made a comeback in Britain after centuries of absence caused by hunting and habitat destruction. After a few… 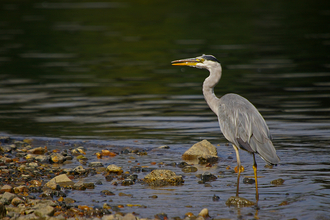 Spot these tall, prehistoric looking birds standing like a statue on the edge of ponds and lakes, contemplating their next meal. 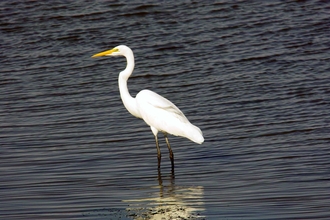