Where to see wild daffodils

Whether pushing through the grass of a damp meadow or forming rippling rivers of gold in the dappled shade of ancient woodland, the sight of wild daffodils is a true spring-time treat. Daffodils are also known as the Lent lily since they often flower and die away between Ash Wednesday and Easter. An indicator of undisturbed habitat, including ancient woodlands and old meadows, the once abundant wild daffodil became increasingly rare during the 19th century due to habitat loss, woodland neglect, illegal uprooting and hybridisation.

Wild daffodils have a more delicate beauty than their cultivated cousins: smaller and subtler, their trumpets are lemon hued, with petals the colour of clotted cream. 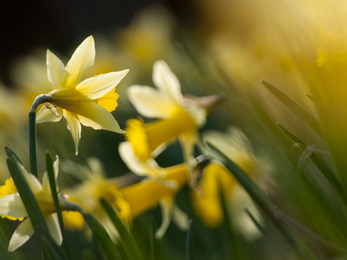 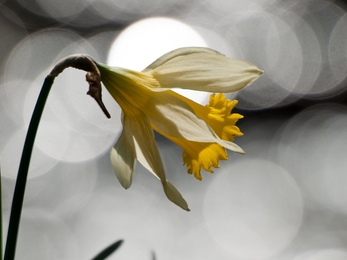 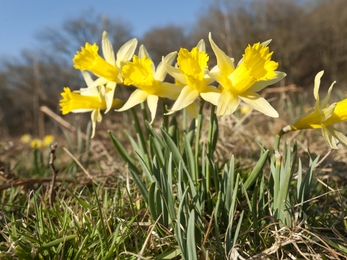 Find wild daffodils near you

Do a little research in advance and find out where you can see a display of wild daffodils. Several Wildlife Trusts manage nature reserves where wild daffodils grow and here we list a few, including several in 'the Golden Triangle' – an area of north west Gloucestershire famous for its displays of wild daffodils.

The sight of a wild daffodil trumpets the arrival of spring, and whether you’re in a meadow or woodland there will be plenty of other things to see and hear at this time too. Look out for primrose and newly arrived migrant bird species like the blackcap, wood warbler, nightingale and chiffchaff. The wonder of daffodils isn’t just about the colour, try lowering yourself to their level and watch them bob and shimmy in the breeze.

If you can't get to a wild daffodil site

If there isn’t a place where wild daffodils grow in profusion near you, look out for them on rural roadsides. Wild daffodils have narrow, grey-green leaves and the familiar daffodil-shaped flower: pale yellow petals surrounding a darker yellow trumpet. This two-tone look is one way to tell them apart from their garden relatives. Wild daffodils are also relatively short and form clumps, carpeting the ground. 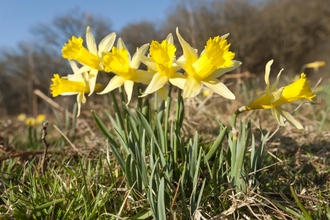 The bright yellow daffodils that adorn our roadsides and parks are likely to be garden varieties. Head to a woodland or damp meadow in… 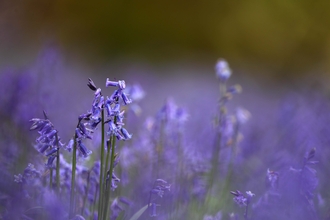 Where to see bluebells

Wondering where to see bluebells? Each spring, bluebells set our woodlands ablaze with their bright blue flowers. Find the best places… 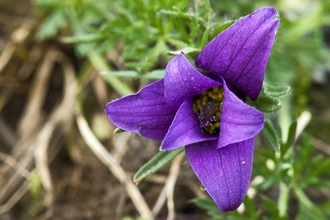 Pasque flowers historically bloom around Easter, in a delightful eruption of purple petals. Almost all of Britain's pasque flowers…