- Beautiful, freshwater habitats that are home to an abundance of wildlife are being devastated by agricultural waste, raw sewage and pollution from abandoned mines, according to a new report

- According to an online YouGov poll, 88% of those in England, Wales and Northern Ireland agree freshwater habitats are a “national treasure” and 87% want more to be done to protect them

In England, only 14% of rivers meet standards for good ecological status, with less than half achieving these standards in Wales. In Northern Ireland, only 31% of water bodies are classified as good or high quality. The poor health of many of our waterways has a significant impact on nature, with many species in decline and some facing extinction.

The Troubled Waters report  was commissioned by a partnership of environmental charities including The Wildlife Trusts, the RSPB, and the National Trust. It details seven case  studies including Upper Lough Erne in Northern Ireland, the Norfolk Broads in England, and Cardigan Bay in Wales, which have been designated as sites of special importance for nature. Yet these special places are not receiving the protection they should be and wildlife is suffering as a result.

Some of our most iconic and threatened species such as otters, the swallow tail butterfly and salmon depend upon these sites. But widespread failure to control pollution has ruined the water quality of these sites and wreaked havoc on the wildlife that call them home.

The authors also commissioned online polling from YouGov as part of the report. Most people surveyed (88%) agreed the UK’s lakes, rivers and streams are a “national treasure” and nearly nine in ten (87%) of the those in England, Wales and Northern Ireland agreed that it’s important that we do more to help the UK’s freshwater ecosystems, as they are an important part of our heritage, culture and identity of place. 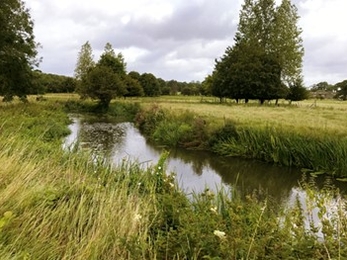 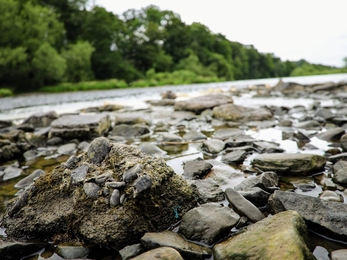 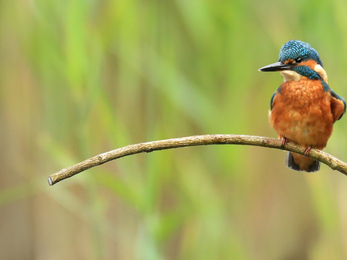 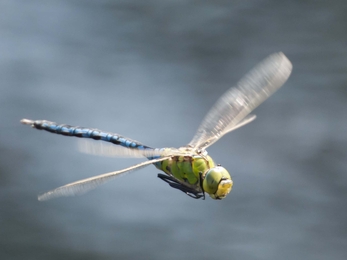 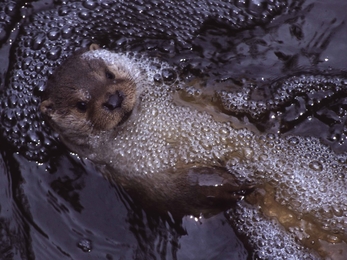 The survey also showed how these waterways are a highly valued part of people’s lives. Over the last year people said they had visited lakes, streams and rivers for a huge variety of activities – from playing “pooh sticks” to kayaking- with visiting a waterside pub, photographing the scenery and strolling down a waterside path coming out top as most popular. Almost three quarters (73%) of people agreed that having access to waterways for recreation is important to them.

Wildlife was an important draw for many of the people surveyed with over three-quarters of the public spotting at least one of six iconic freshwater species. Dragonflies were spotted along waterways by nearly three-quarters of those surveyed, while 4% have seen a beaver. People responded enthusiastically when asked whether they would like to see more animals when they visit waterways. Kingfisher was the most popular choice (78%) but people showed similar levels of appreciation for otters, dragonflies, water voles, beavers and salmon.

Research suggests exposure to waterways such as rivers, lakes and the coast, can boost physical and mental health and well-being, and that when people feel a place has more wildlife, it can have greater well-being benefits.

However, the poll also revealed that almost half of those surveyed believe our waterways are in good condition just 10% identified agricultural pollution as the biggest issue facing water quality in the UK.

RSPB's Deputy Director of Policy, Jenna Hegarty said: “It is no surprise so many people think of our waterways as a national treasure and revel in the magical sight of otters playing in our streams, dragonflies hovering like jewels above our lakes and the vibrant flash of kingfishers in flight.

“But nature is in crisis and the incredible freshwater wildlife people marvelled at as they explored our countryside this summer is a fraction of what should be there. It is disturbing how it has become so normal for our waterways to be polluted and contaminated, and that many people do not realise there is something wrong.

“Governments must demonstrate leadership and act with urgency and ambition to bring our waterways back from the brink of collapse and revive our world. Without this some our best loved species face an increasingly uncertain future.”

Over the last five years concern about the impact of climate change and extreme weather on our waters has grown with 72% of people agreeing they were worried compared with 58% in a survey which asked the same question in 2015.

Although plastic pollution is an emerging threat to our freshwater ecosystems, poorly regulated use of pesticides and fertilisers in farming is one of the key drivers behind water pollution in England, Wales and Northern Ireland. Sewage and storm overflows are also contaminating our water on a horrifying scale with water companies in discharging raw sewage into our rivers 400,000 times in England and 100,000 times in Wales in 2020 despite laws stipulating this should happen only under exceptional circumstances. Chemical run off from mines has also polluted 1,500km of rivers in England alone.

The report also calls for UK governments to urgently introduce measures to slash pesticide and excess fertiliser use in farming by switching to regenerative practises, ban raw sewage from reaching our rivers, introduce systemic change to the planning approval system and boost funding to agencies responsible for monitoring and enforcing environmental regulations. Without significant and urgent action some of our best loved species face a perilous future, the report said.

Ali Morse, Water Policy Manager at The Wildlife Trusts, said: “Protected rivers like the Wye should be the ‘jewels in the crown’ of our natural world, alive with delicate aquatic plants, magnificent salmon and the elusive otter. But pollution is devastating these special places, and putting the wildlife they harbour at risk. While some pollutants can’t be seen – such as colourless nutrients from farming – their effects can be very dramatic. Vast algal blooms caused by fertiliser run-off, for example, turn our rivers pea-green and suffocate aquatic wildlife. People are fed-up with the lack of action to address these problems and growing numbers are calling for this abuse of our treasured freshwaters to end.”

Mark Lloyd, CEO of The Rivers Trust said: “This report helps to quantify what those of us working closely with rivers have suspected for a while: the public’s appreciation of rivers as natural heritage has grown in recent years, especially as they have become an important refuge and recreational space during Covid; and our shared concern about the pressures rivers are facing is growing even faster.  This should send a clear signal to government and businesses to start prioritizing nature based solutions to improve the state of our rivers.  The Rivers Trust stands alongside the RSPB in calling for systemic change to planning processes and boosting funding to environmental agencies.

Gail Davies-Walsh, Afonydd Cymru CEO said: “Freshwater biodiversity is declining at an accelerated rate when compared with marine and terrestrial organisms. This decline in freshwater life is accompanied by the widespread eutrophication of many of our rivers. Eutrophication gives rise to algal blooms which occur when too many nutrients (specifically nitrates and phosphates) enter the water column. This is a significant problem - not only within the Wye but across many of our valued and protected rivers. These blooms deplete the oxygen in the water to a degree that aquatic life (plants, insects and fish, etc.) are suffocated.

“Algal blooms are only one of the many pressures on our precious water resources that need addressing. Immediate action is required to protect and enhance our blue spaces for current and future generations.”

Karen Whitfield, Joint Director of Wales Environment Link said: “Our rivers are facing a range of pressures, some of which are new and some of which have been causing pollution for decades. In Wales, we’re particularly concerned about the worsening impacts of pollution on some of our most precious river habitats which have seen serious deterioration in recent years. Impacts that local people might not have been aware of previously are now so bad that they are visible to communities, who can see and smell the pollution and have noticed the loss of wildlife. We need serious leadership from our regulators in tackling this pollution urgently, so that wildlife and local communities can benefit from clean rivers and lakes.”

Survey figures, unless otherwise stated, are from YouGov Plc.  Total sample size was 2067 adults, of which 1889 were from England, Wales or Northern Ireland. Fieldwork was undertaken between 23rd - 24th August 2021.  The survey was carried out online. The figures have been weighted and are representative of all UK adults (aged 18+).

English waters among the least healthy in Europe, and climate change will make this worse