Grasslands are an ancient habitat, very much ingrained within our culture. Following the last Ice Age, around 12,000 years ago, mossy vegetation and weedy plants colonised bare ground, which was left behind when the glaciers melted. Gradually these areas developed into communities of grasses, sedges and herbs as more plants found a home - resulting in the wonderful flower-rich meadows we find (all too sparingly) today.

Why are grasslands important?

'Unimproved' grasslands are extremely important for wildlife. 'Unimproved' means grassland that hasn't been reseeded, fertilised or drained. Whilst considered to be on less 'productive' soil they support a huge range of species, including green-winged orchid, snake's head fritillary, bird's-foot trefoil and pasque flower. The sheer abundance of wildflowers in these habitats can be spellbinding!

Thanks to this amazing array of flowers, a wide range of insects, from bumblebees to butterflies, feast in these areas, and they in turn are prey for birds and mammals. Birds of prey, such as barn owls, can be found hunting along margins, and adders slither through the grass, 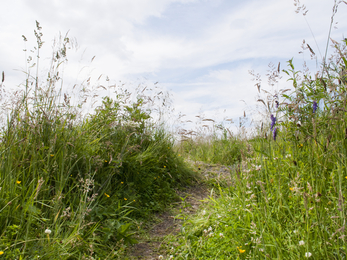 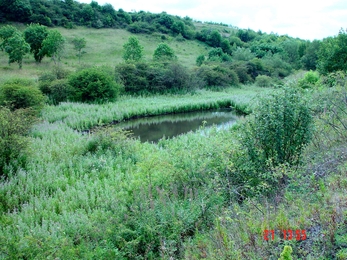 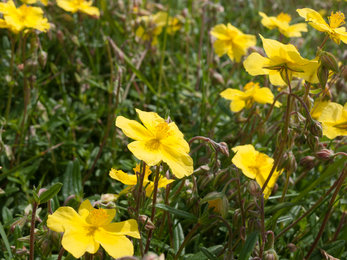 UK grasslands store two billion tonnes of carbon in their soils, but this is vulnerable to disturbance. Between 1990-2006, conversion from grassland to arable production (such as ploughing to grow crops) released 14 million tonnes of CO2. Species-rich grasslands are huge carbon stores and when managed carefully, e.g. through herb-rich leys and sensitive grazing, they lock in carbon and boost biodiversity.

Grasslands have a huge potential for locking up carbon, not only due to the plants we can see on the surface, but also due to the relationships between the plants, fungi, bacteria and many other species which help enrich the soil with carbon.

Most of today’s grassland is farmland or rough upland grazing, with only a tiny proportion of ‘unimproved’ grassland remaining. In England there are around 4.5 million hectares of grassland, of which just 100,000ha are unimproved.

Degradation began in the 19th Century, when guano (droppings from seabird colonies) was used as fertiliser. This was later replaced by artificial alternatives. During the 1940s and 1950s chemical fertilisers, herbicides and new grass varieties were used to increase yields. At the same time government incentives (to help national self-sufficiency) encouraged farmers to plough up grasslands. During the 20th Century, 90% of lowland grasslands were lost.

In the uplands, the story was different, but the decline in grassland was just as dramatic. Here, overgrazing led to the conversion of moorland and blanket bog to less wildlife-rich upland acid grassland and rush pasture. Unimproved, species-rich grassland is still being lost (although the rate of loss has slowed) and grassland on protected sites is deteriorating. The numbers of butterflies and breeding birds, such as curlew and lapwing, continue to decline.

Protecting and restoring the UK's grasslands could play an important role in achieving net zero carbon emissions.  It must be recognised that there is some debate over the role of grazing in supporting grasslands’ ability to capture carbon, since grazing animals are responsible for carbon emissions and ruminants, particularly cattle, release methane – a greenhouse gas with more heating potential than CO2. However, well-managed and low levels of grazing is recognised as increasing soil carbon and biodiversity, while overgrazing can result in the release of carbon from the soil.

Insects are in serious decline, but we can all play a part in their recovery by making small changes