The Earth is known as the blue planet, and with very good reason, with around 71% of it’s surface covered in water. But have you ever stopped to think about why exactly water is blue? The more you think about our amazing oceans, the more questions that pop up. Why is it salty? How do tides work? What’s the difference between a whale and a dolphin?

In this blog we offer answers to some of the regularly asked questions about the oceans, our UK seas in particular, and the wildlife that lives there.

All about the sea

All about sea life

Explore more of our seas 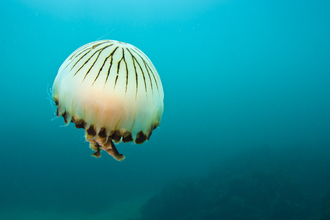 It's easy to see where the compass jellyfish got its name – its brown markings look just like a compass! They may look beautiful –… 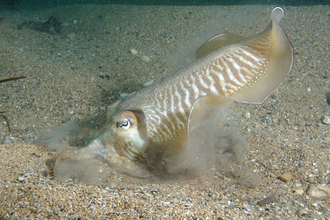 Sand and gravel can be found from the shoreline down to the deep sea, attracting a host of burrowing creatures.

The Marsh Christian Trust marine volunteer awards celebrate the achievement of Wildlife Trust volunteers across the UK. Today we…

Restoring oysters on the Humber

James Wood works at Yorkshire Wildlife Trust and has been involved in an exciting new project to restore, the once vast, oyster stocks…