To celebrate being Charity of the Week for People’s Postcode Lottery we’ve collected a selection of great stories from various local Wildlife Trusts who receive funding from the players of People’s Postcode Lottery. Thanks to the players, the funding has managed to support some amazing work and we can’t wait to share it all with you. Here we have Clea Grady from Yorkshire Wildlife Trusts tells us all about their recent water vole release….

In June, twenty endangered water voles were successfully released into Yorkshire Wildlife Trust’s Potteric Carr nature reserve; a stunning wetland habitat with pockets of woodland and wildflower meadows in Doncaster. The water voles were rescued from a collapsed road side ditch last autumn and carefully captured under licence from Natural England. Prior to their release at Potteric Carr they spent the winter in a special water vole hotel.

Potteric Carr’s mosaic of rich wetland made it the perfect choice for the release. New habitat, including a section of ditch, was created, and the site was landscaped and planted to provide deep water and burrowing banks for the voles’ shelter, cover and food. Potteric Carr’s new residents now live safely in the reedbeds, making rugby ball shaped nests out of old reed stems.

Jim Horsfall, Reserves Officer for South Yorkshire said: “We were delighted to offer a home for rare water voles, thanks to players of People’s Postcode Lottery, Doncaster Council and Ecus Environmental Consultants, and boost the population at our reserve. The decision to move animals from an existing habitat is never taken lightly but water voles adapt readily to a new site if the conditions are right.”

As one of the lucky recipients of money raised by players of People’s Postcode Lottery, Yorkshire Wildlife Trust has been awarded over £1 million to help protect and restore Yorkshire’s precious wildlife. This money enables the Trust to continue managing over 100 treasured nature reserves right across Yorkshire.

Want to see a water vole?  They can be difficult to spot as they are very shy, but, keep an eye out for burrows in the riverbank, often with a nibbled 'lawn' of grass around the entrance and you may be in luck! They like to sit and eat in the same place, so piles of chewed grass and stems may be found at favourite haunts near the water’s edge. Water voles have chestnut-brown fur, with blunt, rounded noses, small ears and furry tails. They are much bigger than other voles and are a protected species, which means it is an offence to move them or disturb their habitat without a license from Natural England.

Research published by the Wildlife Trusts earlier this year revealed that water vole distribution has reduced dramatically. There has been a 30% decline in the places where these much-loved river mammals once lived across England and Wales. These declines are a result of habitat loss, pollution of our waterways, industrialisation of agriculture, housing development and predation by American mink which were brought to the UK for fur farming.

The Potteric voles will continue to be monitored so their long term success can be measured, but the project team believe they now stand the best chance of survival due to their newly created habitat. They will boost the resident population of voles and hopefully spread throughout the reserve. 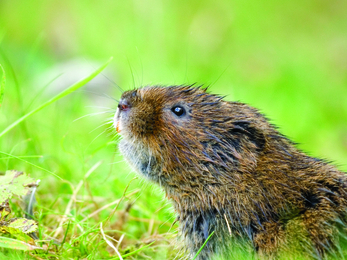 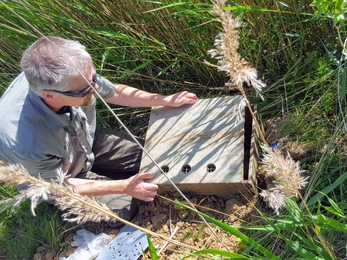 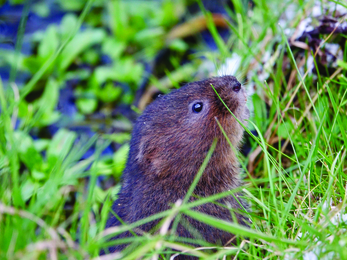 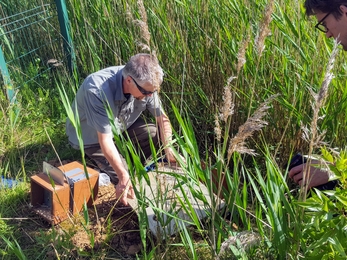 Finally, to finish off a great week of stories from supported Trusts, we will hear from Northumberland Wildlife Trust CEO, Mike Pratt,…