Scientific name: Raja clavata
The most commonly encountered ray around the British Isles, it's easy to see where the thornback ray got its name from - just check out the spines on its back!

Length: Up to 139cm Weight: Up to 18kg Average Lifespan: Can live for around 15 years

Closely related to sharks, rays also have a soft cartilage skeleton. Their grossly oversized pectoral fins give them their distinct diamond shape and act a bit like underwater wings. Thornback rays are found around all British coasts and feed mainly on crustaceans though they are not above taking any fish that swims a little too close! The thornback ray likes to bury itself in the sediment during the day and come out at dusk to hunt.

With a distinctive kite shaped body, the thornback ray can also be recognised by its blotchy brown or grey back and collection of 'thorns' on its back and tail. Some other ray species also have thorns but the thornback ray has the biggest.

Found around all British coasts although less frequent along Eastern Scotland & England.

Although their jaws are small they are extremely powerful, allowing them to crush through the shells of crabs and other crustaceans with ease.

Avoid eating 'ray wings'. Although labelled as rays, these can often be skates - both include endangered species and are vulnerable to overfishing. Choose sustainable seafood instead, visit www.cornwallgoodseafoodguide.org.uk for guidance. The Wildlife Trusts are working with sea users, scientists, politicians and local people towards a vision of 'Living Seas', where marine wildlife thrives. Do your bit for our Living Seas by supporting your local Wildlife Trust or checking out our Action Pages. 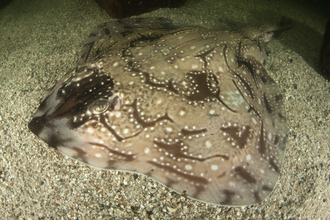 The undulate ray has beautiful wavy patterns on its back, which helps it camouflage against the sandy seabed. 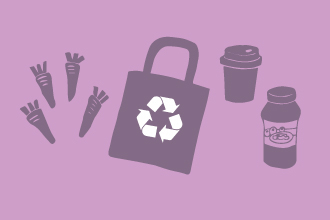 How to use less plastic

Plastic waste and its damaging effect on our seas and natural world has been big news recently. Here's what you can you do about it…