Scientific name: Mola mola
The ocean sunfish is the largest bony fish on the planet and visits UK seas during the summer months to feast on jellyfish.

The ocean sunfish is an odd looking fish. It is huge, flat and circular - looking pretty much like a giant swimming head. It has a stiff fringe of skin instead of a tail, 2 small pectoral fins and an elongated dorsal fin and anal fin that look a bit like wings. Their scientific name of Mola means millstone in latin - and it's easy to see where it came from! They are often spotted resting on their sides at the surface of the sea, supposedly basking in the sunshine - which is where its English name of sunfish comes from. It has been suggested that this basking behaviour is to help the Sunfish raise its body temperature after diving down to cooler waters to feed. The fin at the surface can easily be mistaken for a shark, but once up close they are unmistakeable. Sunfish feed on jellyfish and salps - as such they are known as jellivores!

An increasingly common visitor to southern and western parts of the UK in summer months.

In most other languages, these docile giants are called Moonfish - it is easy to see why!

Report any sunfish sightings to your local Wildlife Trust. Although sunfish bycatch is not a huge issue in UK fisheries, much of the tuna we eat results in sunfish bycatch. You can help by choosing "Pole and Line" caught tuna - this is captured using fishing rods and has zero bycatch. It also helps create jobs for local people in developing countries. Where possible, choose skipjack tuna as it is fast growing and is classed of Least Concern on the IUCN Red list. If you spot a sunfish at sea, maintain a distance of 100m and put the engine into neutral if any closer to avoid propellor injury. The Wildlife Trusts are working with fishermen, researchers, politicians and local people towards a vision of 'Living Seas', where marine wildlife thrives. Do your bit for our Living Seas by supporting your local Wildlife Trust or checking out our Action Pages. 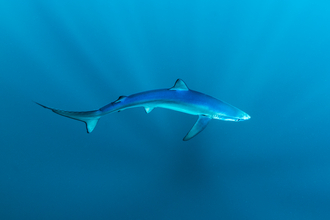 It's easy to see where the Blue Shark got its name from. These sleek, elegant sharks have beautiful metallic blue backs which… 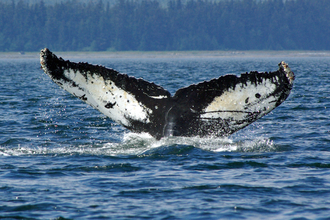 A Blue Planet Encounter - a Humpback Whale off the Devon Coast

Our seas need your help