Scientific name: Flustra foliacea
Hornwrack is often found washed up on our beaches, with many believing that it is dried seaweed. In fact, it is a colony of animals!

Hornwrack is a bryozoan - a colony of individual animals known as zooids. If you look closely at the hornwrack, you will see it is a mesh of little boxes; each of which is home to an individual zooid. The zooids filter feed on phytoplankton using special feeding tentacles called a lophophore. Hornwrack grows in bushy clumps attached to shells, stones, cobbles or rocky seabeds and is a pale beige colour. They only grow during spring and summer, resulting in distinct growth lines. Hornwrack might not look that tasty to you, but it is a favourite food of sea urchins, sea slugs and even sea spiders!

Hornwrack smells like lemons when freshly collected! Though this citrusy scent is lost in the dried pieces found on beaches.

The Wildlife Trusts are working with fishermen, researchers, politicians and local people towards a vision of 'Living Seas', where marine wildlife thrives. Do your bit for our Living Seas by supporting your local Wildlife Trust or take a look at our Action pages. 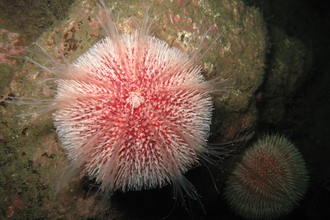 This large round urchin is sometimes found in rockpools, recognisable by its pink spiky shell (known as a test). 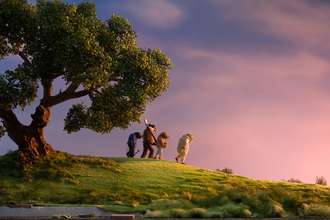 The Wildlife Trusts reveal an animated trailer of The Wind in the Willows for the 21st Century, which brings to life the threats that… 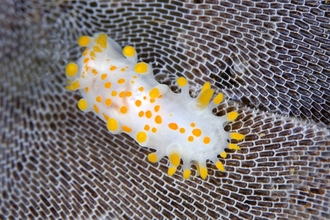 A small colourful sea slug that can be found grazing on sea mats on the rocky shore and beyond the low water mark.