Scientific name: Alcyonium digitatum
These gruesome sounding creatures are actually a type of coral! They get their name as they branch out into lobes as they grow - making them look like fingers on a hand.

Dead man's fingers are a type of soft coral, either orange or white in colour. Each is actually a colony of individual small animals that share a gelatinous skeleton. They grow on hard surfaces beneath the sea down to about 50m and can cover large swathes of rocky outcrops and gullies. The colonies grow upwards, reaching about 5cm before they start to branch into multiple lobes. This makes them look like fingers on a hand - giving them their ominous name! The individual animals - or polyps - extend their bodies and tentacles out to feed on passing plankton. This can give the fingers a furry appearance. Throughout Autumn dead man's fingers retract their polyps and look a bit shrunken and sorry for themselves! They're actually preparing themselves for spawning and don't feed at all during this period. As the polyps are retracted, marine life starts to settle on top of the Dead Man's Fingers, often making them look reddish-brown. Don't confuse them with Red Fingers though - an entirely different species that have white feeding tentacles and slimmer dark red fingers.

A soft coral, branched and looks like fingers on a hand. White or orange in colour and appears fluffy when the individual polyps are extended to feed.

Found on all UK coasts.

Dead man's fingers live longer than you might think! We know they live at least 20 years - Scientists have tracked individual colonies for 28! 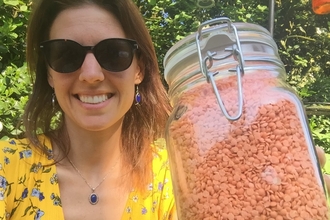 Bex Lynam, North Sea Marine Advocacy Officer, based at Yorkshire Wildlife Trust, has been living as plastic free as she possibly can for… 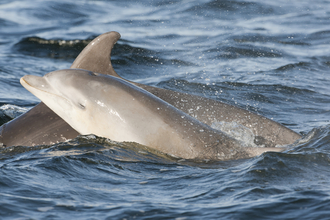 How plastic is affecting our seas, and small steps we can all take to reduce our impact