Scientific name: Lepus timidus
The mountain hare lives in the Scottish Highlands and the north of England. They are renowned for turning white in winter to match their upland surroundings.

The mountain hare lives in Scotland and the north of England. It lives in upland areas and is most common on heathland, where it grazes on vegetation and the bark of young trees and bushes. Mountain hares do not dig burrows, but shelter in 'forms', which are shallow depressions in the ground or grass; when disturbed, they can be seen bounding across the moors, using their powerful hind legs to propel them forwards, often in a zigzag pattern. Mountain hares are at their most visible in spring, when the snow has melted, but they still have their white, winter coat. Females produce one to four litters of one to three young (known as leverets) a year.

The mountain hare has a grey-brown coat in summer, with a bluish tinge, and turns white in winter - only its ear tips stay black. The Irish hare may remain brown even in winter and its coat has a reddish tinge. Mountain hares are larger than rabbits, but smaller than brown hares and have shorter ears.

Found in the Scottish Highlands, where it is native, and also in the Peak District and on some Scottish islands, where it has been introduced. A subspecies, the Irish hare, is found in Ireland.

Unlike the brown hare, which was introduced in Roman times and is now naturalised, the mountain hare is native to the Scottish Highlands (but introduced elsewhere in the UK). The Irish hare (Lepus timidus hibernicus) is a subspecies of the mountain hare that can only be found in Ireland. 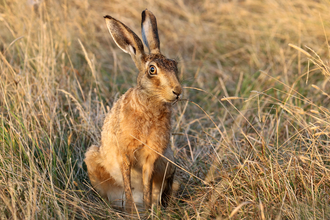 The brown hare is known for its long, black-tipped ears and fast running - it can reach speeds of 45mph when evading predators. It… 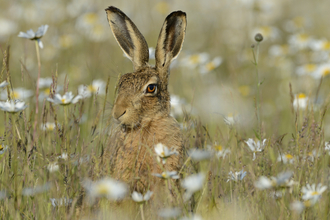 Searching for an original gift for a nature lover? Sponsor a hare with the Wildlife Trusts to help fund conservation efforts. Perfect… 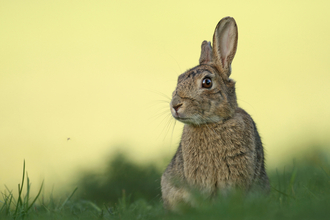 Who doesn’t love spotting rabbits hopping through long grass during a walk in the countryside? They are a common sight but it is always…