Scientific name: Ammophila arenaria
The dense, spiky tufts of Marram grass are a familiar sight on our windswept coasts. In fact, its matted roots help to stabilise sand dunes, allowing them to grow up and become colonised by other species.

The dense, grey-green tufts of Marram grass are a familiar feature of our coastal sand dunes, its spiky leaves featuring in many games during long summer picnics at the beach. But Marram grass is not just a convenient child's sword or hiding place, it plays a vital role in stabilising the dunes, its fibrous, matted roots binding the sand down, which helps to encourage the colonisation of other plants. Well-adapted to a harsh life at the coast, its glossy, rolled-up leaves protect it from drying out.; it flowers in July and August.

The dense tufts of spiky Marram grass are a distinctive feature of this plant. Its leaves are rolled and it displays densely packed, golden flower spikes.

Widespread around the UK's coast.

Marram grass was once harvested and weaved into mats for barn roofs, nets for fishing and even shoes. Traditionally, each family had its own sand dune, but the whole village would often be involved in collecting the grass. Today, the importance of Marram Grass in stabilising these fragile habitats has curbed its harvesting. 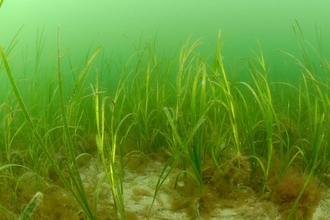 Meadows of seagrass spread across the seabed, their dense green leaves sheltering a wealth of wildlife including our two native species… 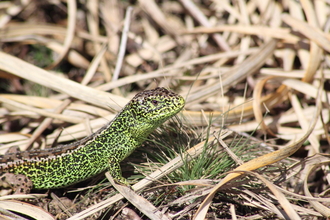 Sand dunes across England are set for a golden future following £4.3 million worth of funding to help restore and protect these at risk… 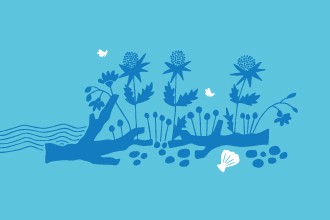 How to make a coastal garden

Coastal gardening can be a challenge, but with the right plants in the right place, your garden and its wildlife visitors can thrive.…