Scientific name: Circus cyaneus
The hen harrier has been severely persecuted for taking game species and has suffered massive declines in numbers as a result. Thankfully, conservation projects are underway to reduce conflict surrounding its controversial prey.

The hen harrier nests on the ground among the heather of upland moorlands. It winters in the lowlands, particularly around the coast, on heathland and on farmland. It is one of the most endangered breeding birds of prey in the country; it sometimes feeds on small grouse and fowl (hence its name), bringing it into conflict with gamekeepers and farmers.

Found in Scotland and parts of upland Wales, Northern Ireland and the Isle of Man. Only a tiny handful of pairs now nest in parts of upland England. Winters in small numbers throughout the UK.

Female hen harriers are known as 'ringtails' due to their distinctive tail banding. Both females and males attend the young; the males provide food, which is often passed, mid-air to the female in a spectacular display of 'throw and catch'. 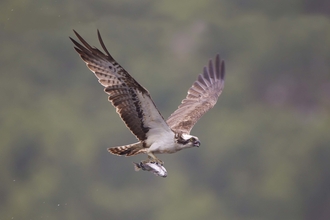 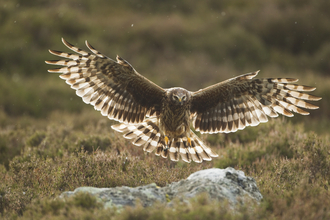 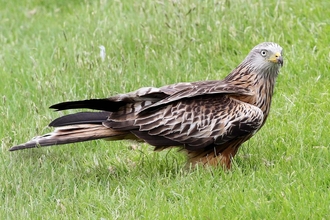