Love and look after it!

Love and look after it!

Thousands of people have enjoyed and sought solace in beautiful countryside and stunning Wildlife Trust nature reserves over the last few weeks. But these places and other attractive beauty spots have taken a battering as the lifting of some lockdown rules coincides with warmer weather leading to a surge of people outdoors.

As a result, The Wildlife Trusts – a movement of 46 nature charities across the UK – are reporting a huge increase of damage to reserves and the wildlife that lives there. These include:

Some Wildlife Trusts are describing antisocial behaviour on site, including abuse directed towards their staff as the worst they have ever known.  The Wildlife Trusts have struggled to cope with the scale of the problems because many staff are furloughed. 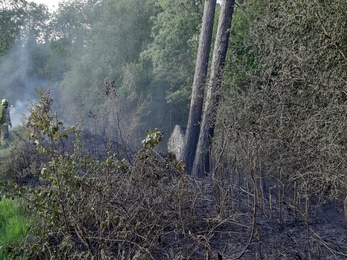 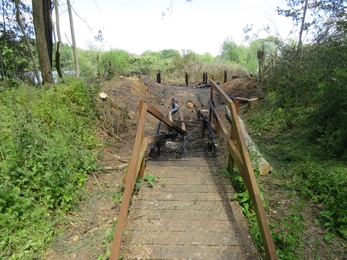 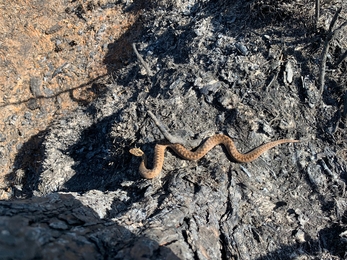 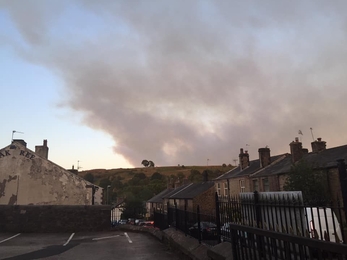 “The Wildlife Trusts have more nature reserves than McDonalds has restaurants in the UK, but our precious wildlife sites are bad places to hold a BBQ. These wonderful wild places are vital local havens for people to enjoy with family and friends, to walk, rest and see nature. Our natural heritage is priceless and so important for us all – for our health and happiness – but it is fragile.

“We’re appealing to everyone to love and look after it. Everyone is welcome but please respect our wild places, other visitors and people who work there.”

The Wildlife Trusts are asking everyone to love and look after wildlife and wild places:

Everyone is welcome but please respect our wild places, other visitors and people who work there.

Examples of issues experienced across Trusts include the following:

“Lockdown is eased and people have taken barbecues onto the moors, which are tinder dry after weeks of no rain. They leave the barbecue which is too hot to touch and it starts a fire, which, subsequently, spreads across a dry moor. Moorland fires spread quickly and will take wildlife by surprise, destroying nests and killing chicks, and many of the insects they feed on.”

“Of course we want people to be outside and enjoying green spaces and we appreciate that lockdown has taken its toll, but these nature reserves are fragile places, covering just 1% of our overall landscape, and they are vital to protect our most vulnerable wildlife.”

“I’ve worked in the sector for nearly 30 years and I’ve never seen anything like this.  We have seen a dramatic increase in vandalism, fly tipping, litter, fires, out of control dogs worrying our livestock, people feeding and abusing our grazing ponies. Our land management teams are already struggling to cope with the impact of the Coronavirus outbreak and this is causing additional and unnecessary stress to those dedicated staff and volunteers who care for these places.”

"Our nature reserves and staff have been subject to unfortunate undesirable consequences of antisocial behaviour in the last few days, and we are especially concered about instances of disturbance affecting the nesting ospreys at Rutland Water, which included people taking an afternoon swim nearby." 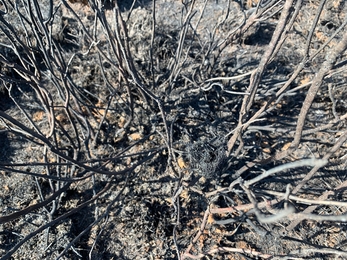 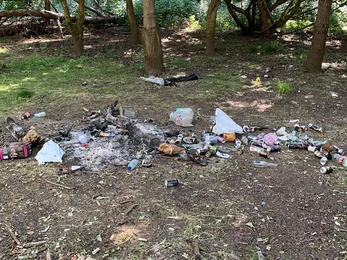 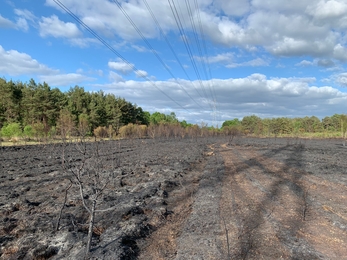 The Wildlife Trust for Lancashire, Manchester and North Merseyside received hundreds of messages from angry and upset nature lovers as two fires caused severe damage to large hectares of moors above Lancashire and Greater Manchester, where the Trust is working to restore peatland habitat. Fire fighters from Lancashire and Greater Manchester, as well as teams from United Utilities and Bolton Mountain Rescue have tackled the blaze which has destroyed nests and beautiful moorland habitat. An increase in visitors and litter, combined with the dry weather means there are fears the fires could reignite.

They also made the gruesome discovery of a lapwing and its chicks which had been savaged to death by a dog on Little Woolden Moss in Salford.

Staffordshire Wildlife Trust has extinguished smouldering BBQ trays on their reserves preventing fires from spreading. Incidents of fly tipping have also increased recently across several of the Trust’s nature reserves, including Hem Heath Woods, in Stoke-on-Trent, and Gentleshaw Common, on the southern edge of Cannock Chase. A well-used bird hide at Doxey Marshes, in Stafford, has been targeted with graffiti.

Hertfordshire and Middlesex Wildlife Trust estimates that it has seen as many reported cases of vandalism, trespass, littering and other damaging behaviour on its nature reserves in the past two months as it normally receives in a year. The Trust’s bird hide at Stocker's Lake Nature Reserve, near Rickmansworth, was set on fire and the Trust evicted a group of illegal campers who were causing damage and disturbance to Old Park Wood Nature Reserve near Harefield. At Tring Reservoirs the hot weekend weather saw visitors swimming in the reservoirs which is highly dangerous because the water is too cold and lead to drowning.

Dorset Wildlife Trust has experienced two heath fires this spring, on Winfrith Heath and Upton Heath Nature Reserves.  A fire at any time of the year is devastating for wildlife, but spring is such a key time with the breeding season being well underway for many species of wildlife. DWT has also experienced fly-tipping and fly-grazing during this time.

Essex Wildlife Trust has seen an increase in water users after the relaxation of lockdown laws, with many people enjoying the warm weekends along the Essex estuaries. However, this has dramatically increased the disturbance and pressure on Essex’s beach rare birds, which are currently nesting, and raising their young along the county’s coastline. The Trust is working with the RSPB and has issued more information for visitors advising them how to avoid the sensitive nesting areas.

Hampshire and Isle of Wight Wildlife Trust has seen large groups of young people and families visited Testwood Lakes Nature reserve in Totton ignoring social distancing and littering. There were social media reports of youths threatening each other with broken bottles and another of someone nearly drowning while trying to rescue a dog.   Local people were egged in their gardens and cattle who graze the reserve chased across the reserve. More than 20 bin-liners full of rubbish were collected from Testwood on Monday morning. Testwood Lakes website states: Please be aware that there is always the potential for blue-green algae in the water at Testwood Lakes nature reserve. Please do not swim or let your dog swim in the water. Blue-green algae can pose a serious health risk through both ingestion and inhalation.

Berkshire Buckinghamshire and Oxfordshire Wildlife Trust has seen BBQs and fires on its Wildmoor Heath, Greenham Common, Snelsmore Country Park and Wokefield Common nature reserves where there has also been an increase in dogs scaring sheep.  Flytipping has been reported at a number of reserves including Bowdown Woods and Shepperlands Farm and Moor Copse.

At Hosehill Lake, boating and swimming has disturbed nesting birds including terns, lapwing, oyster catchers. People fishing in front of a specially created sand martin wall has thought to have caused a failure of nests there this year. Dogs have been out of control chasing wildfowl and their young and at Sydlings Copse, a grazing pony was found with a long dog lead wrapped around its neck and leg.

Fences and buildings have also been damaged. On Wildmoor, people have cut fencing to reach restricted and protected areas of the reserve and at Moor Copse wildflowers and nesting areas for skylark have been damaged. People have broken into an old building at Greenham causing substantial damage to its structure and roof. Fences have been cut at Oakley Hill reserve to reach Chinnor cement works lake to swim. The fence prevents livestock from escaping and they now cannot graze this area of the reserve.

Car travel to sites has also increased at many Wildlife Trust reserves, which are often in remote locations with very limited parking.  There has been a big increase driving to the site as well as litter, dog mess and fires at Cholsey Marsh in Oxfordshire.  Cars have been dumped on verges and in front of gates, meaning emergency service would struggle to reach people if needed and social distancing has been ignored.

The Wildlife Trust for Bedfordshire, Cambridgeshire & Northamptonshire has reported high levels of vandalism, antisocial behaviour and fire getting out of control, resulting in the destruction of seven benches as Farthinghoe Nature Reserve and a bird hide at Titchmarsh Nature Reserve. Issues related to antisocial behaviour at Titchmarsh continuing to flare up; impacting on the enjoyment of other visitors to these nature reserves and endangering wildlife.

Fire damage at Gloucestershire Wildlife Trust's Whelford Pool resulted in the destruction of a new bird hide constructed only last year, as part of a project to help conserve birds such as teal, pochard and shoveler.

About The Wildlife Trusts’ nature reserves