David Bellamy - a tribute from The Wildlife Trusts

David Bellamy - a tribute from The Wildlife Trusts

Botanist, broadcaster and former President of The Wildlife Trusts, David Bellamy, has died – sad news to the generations of nature-lovers that he entertained and inspired. David was a great friend and champion of Wildlife Trusts across the UK – travelling the across the country to support our work, attracting crowds of children and grown-up fans of his tv programmes wherever he went.

“Many Wildlife Trusts treasure very happy memories of working with him – such as the day he dressed as Noah and appeared on a boat moored beside London’s Camley Street Natural Park, to the time he led children pied-piper-style from one activity to another at a national Wildlife Watch Day in 1983 at London Zoo. He was mobbed by excited children wherever he went. David introduced thousands of children to wildlife and wild places and had the power to inspire the younger generation instilling in them a sense of enjoyment of the natural world. Many of those children went on to become the nature conservationists of today – his legacy can be found in the wonderful people now working for nature’s recovery in the UK. 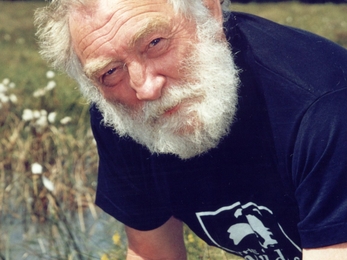 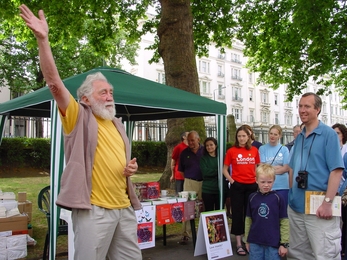 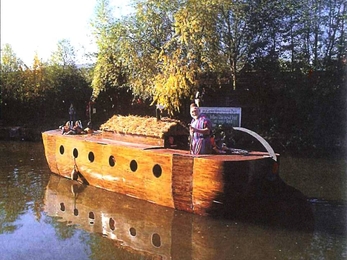 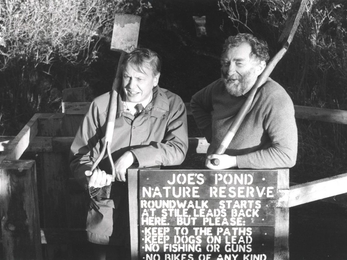 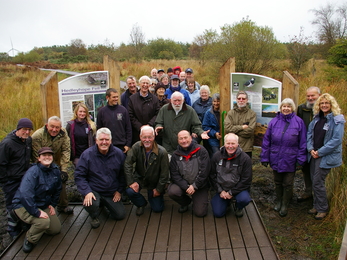 Passionate about botany and environmental issues, David Bellamy, cut a larger-than-life, exuberant figure who campaigned relentlessly on many conservation issues including the protection of peatlands and wildflower meadows. He first came to public prominence as an environmental consultant at the time of the 1967 Torrey Canyon disaster and was famously jailed for blockading an Australian river in a bid to stop a proposed dam. He was loved for his idiosyncratic and un-stuffy approach – he opened the marine nature reserve at St Abbs and Eyemouth by jumping into it with an enormous splash from a pier.

“David was a key media personality popularising nature – and plants in particular -  on the TV and radio from the late 1970s to the early 2000s – for example, Bellamy’s Backyard Safari and Blooming Bellamy. His London twang (he was born and brought up in Sutton) was a sharp contrast to the more hallowed tones on the BBC at the time and brought nature to new audiences with his twinkle-eyed exuberance. He visited many London nature reserves and always bestowed a touch of magic wherever he went.”

“David loved peat bogs, everyday nature and engaging kids – he made the unseen, under-valued and uncharismatic parts of the natural world visible. I went out filming with him on abog in West Lothian with Discovery Channel. David introduced a Wildlife Trust conservationist to camera with ‘I'm out here on this splendid bog with young peatnik, Rob Stoneman.’  They filmed Rob drilling a peat core and explained how it revealed 6,000 years of the landscape’s history, captured in the accumulated peat. Then out of the blue, David broke off a piece of the peat core, shoved it in Rob's mouth and said ‘here; have a peat lolly!’ Rob was more than a little startled.

“After wading about on a bog for most of the afternoon, filming, I took David to the airport (he was heading to London for something else the following day). Before he got out of the car, he rolled up his soaking wet trousers, took off his disintegrating soggy trainers (which he referred to as "bog trotters") and gave them to me, saying ’get rid of those somewhere, would you?  I'm off to embarrass some commuters on the business shuttle.’ And with that, he headed off, bare-foot into the terminal. He was a joy to be with.”

“David Bellamy was instrumental in setting up Durham Wildlife Trust in the early 1970s and was at the centre of nature conservation in the Durham region for many decades. He is the reason I do the job I do today, as like millions of others I was an avid watcher of his tv programmes as a child and I had the great pleasure in later life of meeting one of my childhood heroes.

"He made a massive contribution to nature conservation, whether locally here in Durham or in the many places around the world where he campaigned to protect the natural world.”

David helped us celebrate many successes and was fantastically energetic and generous with his time.

“From opening Scottish Wildlife Trust’s Falls of Clyde nature reserve, to the Silver Jubilee of Surrey Wildlife Trust and as President of Durham Wildlife Trust, launching its Wildlife Appeal with David Attenborough in the 1980s. Thanks to David Bellamy, millions of people were introduced to the beauty and wonder of the natural world, and his work and passion has gone on to inspire many.”