David Attenborough opened the BBC documentary series Blue Planet II by saying “The oceans cover 70% of the surface of our planet, and yet they are still the least explored. Hidden beneath the waves, there are creatures beyond our imagination.” The programme went on to reveal many of these hidden wonders, but an incredible number more have never been encountered by humans at all.

The UK coastline has its own unchartered territories. While we may have mapped, scanned and sampled much of our seas, there are still areas that remain mysterious, with too little data to really understand them. And what we don’t understand, we cannot protect. There were sites that we believed would make good candidates for designation as Marine Conservation Zones, but a lack of data was holding them back.

And then we secured funding to explore these areas, using a team of divers. Delighted, we immediately began consulting with Wildlife Trusts across England to determine which sites the team would survey first – after all, each dive takes a lot of organisation.

Our first dive was in Plymouth Sound and we were delighted to be accompanied by Roger Harrabin, BBC Correspondent, to raise the profile of what we were trying to achieve. After that we travelled far and wide, exploring previously un-dived areas of the Somerset coast, the Manacles in Cornwall and Beachy Head East in Sussex.

Following each dive, data would be processed, photographs analysed and verifications made before all of our data would be submitted via Marine Recorder to the Statutory Nature Conservation Bodies and the National Biodiversity Network. We have always believed that only by sharing data can we advance understanding and knowledge and influence decisions made in the marine environment.

Our dive contractor, Dominic Flint, wrote of his own experience as lead of team. Read Dominic's story here.

In our second year we went to Hythe Bay and Goodwin Sands in the South East, and then up to the North East to survey Durham Heritage Coast - here we employed a photographer to capture the team’s adventures.

The dive team in action 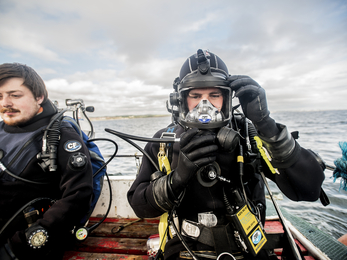 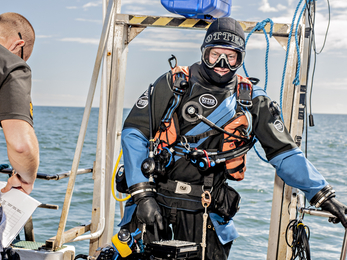 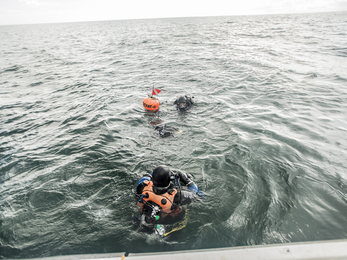 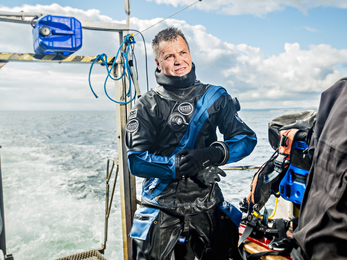 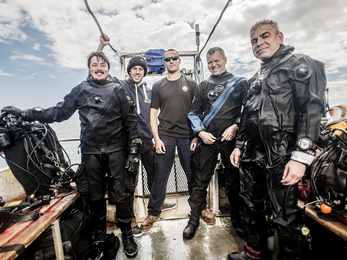 And finally, in our third and final year, we covered Runswick Bay, in North Yorkshire and St Austell Bay in Cornwall.

Managing the project remotely, from my base in Plymouth, I’ve had to make tough decisions. I’ve given the go-ahead to travel in unpredictable weather, or jointly made the decision to cancel when storms have been brewing. But I’ve also had the honour of being first to hear about sightings as mind boggling as the green-tongued spoon worm off the coast of Kent – “Topside, we have spoon worms, I repeat, we have spoon worms”.

I have lived vicariously off the success of the team’s endeavours, and this has indeed been a team effort, from the dive contractor (who then sub-contracts the individual divers) and the underwater cameramen and photographers who have joined specific dives, to the marine officers at Kent Wildlife Trust who have assisted in the data processing, individual marine officers who have advised on site and the communications team who have promoted the project throughout.

It was a great surprise and delight to discover that I (as named Wildlife Trust contact for the National Biodiversity Network) had received an award for the open sharing of data. It is not me, rather the team around me that is responsible; after all, without their efforts we wouldn’t have the data to be sharing. We are always slightly bemused when data isn’t made openly available to all - it is only by sharing the data that we learn and understand more of this hidden world and can ensure that we safeguard it for future explorers, scientists and documentary teams to encounter again.

The award was presented to The Wildlife Trusts' Nigel Doar and Donal Griffin at the 2018 National Biodiversity Network conference, who accepted it on behalf of me and the Living Seas team.

In June, the UK Government announced that it would be introducing Highly Protected Marine Areas (HPMAs) to English waters by the end of…