First confirmed in the UK in 2012, ash dieback, also known as 'Chalara' or Chalara ash dieback, is a disease of ash trees caused by a fungus called Hymenoscyphus fraxineus.

This disease has spread quickly and is now affecting woodlands across the UK, leading to the death of thousands of trees. It has already caused widespread damage in continental Europe.

What is ash dieback?

Ash dieback is a disease that affects ash trees, caused by a fungus called Hymenoscyphus fraxineus. The fungus has two stages to its lifecycle - a sexual stage, which helps the fungus spread, and an asexual stage, which is what grows on the tree and causes damage. The fungus blocks water transport in the tree, leading to lesions in the bark, leaf loss and the dieback of the crown.

Ash dieback fungus is believed to have originated in Asia. It was first discovered in Europe in Poland in 1992, and is now found widely across the continent. The first confirmed case in the UK came in 2012, since when it has spread across England and to Scotland, Wales, Northern Ireland, and the Isle of Man.

The main symptoms of ash dieback are:

Trees may eventually drop limbs, collapse or fall. The symptoms are often easier to spot in mid-late summer, when a healthy ash should be in full leaf. It becomes much harder in autumn, when leaves are naturally changing colour and falling.

Once a tree is infected the disease is usually fatal, either directly, or indirectly by weakening the tree to the point where it succumbs more readily to attacks by other pests or pathogens, such as honey fungus. These secondary pathogens can cause butt or root rot, leading to the tree falling.

How does it spread?

The disease may spread locally (over tens of miles) by wind dispersal. The reproductive stage of the fungus grows on the previous year's fallen leaves, producing fruiting bodies that release spores between June and September. These spores are dispersed by the wind and settle on the leaves of healthy trees. If a healthy tree receives a high enough dose of spores, it too will become infected.

Over longer distances, the disease may be spread by the movement of infected ash plants.

There is no cure for ash dieback, but some trees are less susceptible to the disease. Investigating this natural resistance could be the best way to secure the future of the UK's ash trees.

Ash dieback causes trees to slowly die, drop limbs, collapse or fall. In places where infected trees grow beside roads and footpaths, they are likely to pose a threat to public safety.

As a result, in some cases infected ash trees are removed for the safety of site users and to help control the spread of the disease. In these cases, ecological surveys are important to check for the presence of protected species such as badgers and dormice, enabling the appropriate mitigation to be undertaken.

What you can do

Biosecurity is important to help manage the spread of the disease. Simple steps such as washing your footwear before and after walking in woodland, sticking to footpaths and washing bike and car tyres can all help reduce the risk of spores being spread.

Further information about ash dieback can be found on the Forestry Commission website. 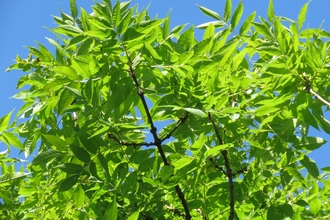 A common tree, ash is familiar to many of us for its autumnal bunches of winged seeds, called 'keys'. It can be found in… 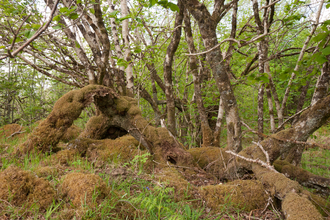 Beautiful displays of flowers spread under the gentle shade of unfurling ash leaves in spring, while in winter the abundant ferns and… 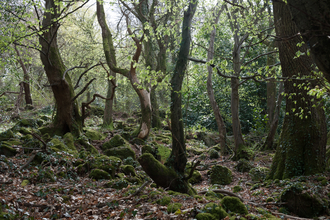 Help us care for woodlands